What a ride the last few years have been for Bristol production powerhouse Darren Beale aka dubspeeka. At the forefront of the global electronic music scene for almost two decades, including fifteen years with his former group Kosheen, dubspeeka has spent his recent years amassing a global audience enthralled by his bass heavy techno. Support from the big guns, appearances on some of the biggest labels in the business and a continual presence in the techno charts have meant dubspeeka’s prowess and golden touch are in high demand. With each new release, dubspeeka’s place amongst the upper echelon of techno producers is further cemented and the ride shows no signs of slowing down.

Congratulations on an amazing career and such a successful past few years Darren, it must be an exciting time for you as you carve out a name for yourself under your dubspeeka moniker? For those who haven’t had the pleasure of hearing your music, how would you describe your sound?

Difficult first question, I listen to a lot of music and try and fuse different elements to whatever i’m working on at the time.  My sound changes a lot I think, but probably most of the music released to date as dubspeeka always has a solid foundation, plenty of low end and a dark raw angle on the production. But dubspeeka is still in its infancy, so who knows where i’m heading…

Kosheen were undoubtedly one of the biggest groups in trip-hop/breaks for close to a decade with a string of critically acclaimed albums and singles. Towards the end of Kosheen’s dominance the Kosheen DJs remixes and productions also started appearing. Can you tell us about the transition from Kosheen the band to where you’re at now? Was this an organic process or did you have set goals established in your mind?

I’m still a writing member of Kosheen, although I don’t do the gigs anymore. I need the time in the studio to focus on dubspeeka now and the gigs were a distraction. I’ve had over 10 years travelling the world playing clubs and festivals and its been great, but dubpseeka is a new fresh start for me. It’s hard to leave something thats successful and try out new stuff, but thats what excites me. Now I have a nice balance of studio time and gigs.

You’ve already scored a number of top tens on the Beatport Techno chart this year. Standing outside looking in, this indicates your listener base is widespread with your tunes finding their way into sets from DJs across the globe. Added to this there was your recent charting by none other than Deep Dish. Are you writing music with the dancefloor at the forefront of your mind or are you enjoying the chance to explore this new domain? Why do you think your sound is resonating so well?

My sound as dubpseeka is definitely designed to be played loud in clubs, but im also trying to add elements that identify myself as a producer with a different sound. I’m glad that lots of djs are playing my music, its always great seeing your tune go down well at a good party. I think people like the low end !!

In recent years there has been a resurgence of classic UK sounds like garage and two step infiltrating genres like house and techno coupled with a warehouse/industrial revitalisation, what are your thoughts on this movement? Does the cyclical nature of music keep punters coming back?

I think its great that producers are mixing up different styles, it needs to happen otherwise everything becomes stagnent. I listen to Rinse FM alot, so many different styles on there, but always quality underground music.

Back to your music, what are you rocking in the studio at the moment? What is in your kit that is equipping your tunes with such solid bottom end and low-slung power? Are you a gear nut and sound design nerd or does it come naturally after years of honing your skills?

I’m a gear nut and sound design nerd, how did you guess, lol. I use a mixing of plugins and hardware. I like using hardware synths more for the way you use them to sculpt sound, i find it easier doing it like that than say with a soft synth. I spend alot of time just messing with synths and recording everything. At the moment i have my moog voyager going though a selection of guitar pedals, its fun and i like to create my own sounds. For mixing i’m a huge UAD fan, i’ve just got the Apollo Quad and i love it. Especially the way you can add plugins to your sound in realtime going into your DAW with zero latency, just make working with hardware a lot easier. I’m also use the soundtoys plugins alot, you cant beat echoboy !

You’ve appeared on labels like Drumcode, Ideal Audio, Darkroom Dubs, Truesoul, Change Audio and of course your own imprint in Skeleton Records all within the last two years. Have you enjoyed the diversity this coverage of sounds and styles has afforded you? How are things going with your label Skeleton?

I like working with different labels, it gives me a chance to widen my sound. Obviously Drumcode is mainly Techno, but doing stuff on Darkroom Dubs and Truesoul allows me to explore more experimental avenues. I’ve just finished a remix for Suara which has come out really well, and again it was a different vibe for me, i think people will be surprised when they hear it. But for me, its about having fun with different styles but still retaining your own sound.

I’d like to work with Trikk, i think his sound is really inspiring and fresh. If i could get Dr Alex Patterson from the Orb to dub out on one of my tunes, that would also be great.

In terms of your shows, what kit do you take with you on tour? What can punters expect when they rock up to a dubspeeka set (besides the obvious earth-shattering basslines that shake the foundations)?

I’ve just started using the CDJ2000, i used AbletonLive for a while but had a bad experience with my laptop a couple of months back. I sometimes set up Maschine and trigger samples over my set.

What do you like to do in your downtime to escape the fast paced machine that is electronic music? Do you have musical escapes or do you have places you like to go?

I live in my studio, the only time i leave is for gigs.

And finally, what projects, releases and shows are on the cards for you in the next few months?

I’m working on an EP for Drumcode at the moment, and i’ll be the Drumcode party in London, really looking forward to that. I’ve also done a remix for Edu Imbernon which is also out on Suara next week and an EP for Oliver Huntemanns new label Senso. 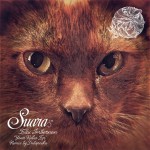 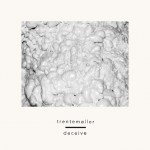