Univack’s Integral Bread releases his debut album on the label, packed with prime examples of his energetic and melodic take on progressive house, techno, and neo-trance.

Opener ‘Timanfaya’ immediately sets a dark tone to the album, with its brooding bass sounds, hard-hitting percussion, cool vocal work, and eerie synths, while ‘Meliflua’ sees Integral Bread deliver an early highlight, as its intricate multi-layered melodies meet a wall of bass, leading to a euphoric climax in the final two minutes of the track.

We’re offered a more metallic sound on ‘Quantum Groove’, with percussion that skips effortlessly in and out of breaks and a ferocious bassline driving the track forward, and bold, detuned riffs and plucked melodies keeping things interesting. ‘Yerevan’ initially keeps the album in the same airspace, boasting a rumbling bass and busy, fluttering melodies, before becoming an old-school rave up. ‘Transmutacion’ is my pick of the whole LP, with Integral Bread pitching bleepy melodies against a pumping bass and sci-fi effects, before the key changes and psy-trance-flavoured main theme carry things skywards.

‘Paranoia’ delivers on its name, with taut bass work and haunting vocal pads setting the scene for another psy-trance-inspired workout, while ‘Brain Mousse’ is equally aptly named, this time because of its effect on the mental condition of the listener – the relentless bassline, bass stabs, and rippling, spinning melody lines are dizzying and mesmerizing, and the dancing countermelodies and key changes towards the end of the track ensure that this one won’t be easily forgotten.

Integral Bread keeps the pressure on with ‘The Cave’, its skippy percussion, urgent alarms, tuned stabs, and non-nonsense bassline creating a menacing groove, and the layered hooks in the breakdown providing only a brief relief, and ‘The Scar’ fires up a heavy off-beat bassline before building furiously towards layers of shimmering melodies. ‘Sell Your Faith’ serves up swirling organs, before the bass goes on the attack, accompanied by a simple but effective arpeggiated hook, while the breakdown adds dramatic flourishes.

“Darkness” – well, ‘Fractalized’ certainly delivers that! It treats us to a moody, stab-heavy intro, before dropping into a sinuous, techy groove, punctuated by unnerving vocal samples and twisted riffs. ‘Dehesa’ is powered by one of the most effective bass parts on the whole album, and manages to unite Integral Bread’s more melodic side and his taste for urgent, futuristic techno-soundscapes more intimately than the earlier tracks on the album. Finally, the title track ‘We Die to Live’ offers a downbeat slice of electronica, with nods to Massive Attack’s ‘Angel’ at the fore initially, but fittingly Integral Bread just can’t resist leaving things on a melodic high-note.

This is a great collection of much of Integral Bread’s strongest work to date, with ‘Meliflua’, Brain Mousse’, and especially Transmutacion’ providing the highs for me, but the whole album bursting with memorable moments and ideas.

Read our interview with Integral Bread about the album here. 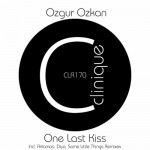 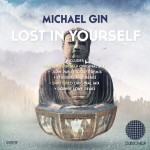