MUUI is back after last week’s awesome outing on CHANGE AUDIO with a new EP on Marc Poppcke’s Crossfrontier Audio, a label which goes up in my estimation with each new release. Here they serve up three more new tracks from MUUI, ‘Slam the Door’ (not to be confused with the Zedd track of the same name!), ‘Back to Yours’, and ‘Don’t Take It ‘Til The Sun Comes Up’. On remixes we have Berlin-based producer Stefan Mint taking on ‘Slam the Door’ and relocated Frenchman Oniris reworking the title track. This is the label’s 20th release, and they’ve really presented something special to mark the occasion.

Funky, wavy synth lines initially dominate ‘Slam the Door’, gradually mirrored by the the bassline of the track, while metallic percussion flits in and out and wisps of melody rise and fall. The break cuts down on the kickdrum and cranks up the atmospherics, leading to a deeply satisfying build. Sadly, though, the last four minutes of the runtime felt a little wasted, with nothing much held back to keep the listener fully engaged.

I’ll say straight up that I really didn’t much like Stefan Mint’s remix of ‘Slam the Door’ – it just didn’t appeal to me. That said, I’ll be the first to admit it’s a really interesting and unique take on the track, with Mint managing to lend proceedings something of sci-fi B-movie film-score vibe, if that makes any sense. The track kicks off with sparse, wobbly bass tones and unnerving breathy samples, and the first breakdown introduces a raw melody, which is paralleled by a sweeter sound when the beat kicks back in. Additional buzzing bass parts add menace and drive as the lead melody begins to be echoed by further rippling synths. The main breakdown ratchets up the dark sci-fi tones again, before new percussive elements push things forward once more. If you listen carefully it’s clear that MUUI’s sounds are still very much present here, but they’re twisted almost out of recognition. Stefan Mint is clearly a man with ideas and the ability to realize then, even if the end result didn’t win me over this time around.

MUUI’s title track, ‘Back to Yours’, is just inspired. The cornerstones of the track are a simple but infectious lead motif that constantly evolves throughout and the chunky, nostalgic bass part carrying the chord progression, while layers of deeply trippy synths form the superstructure. The breakdown introduces ever sweeter pads and the track’s distinctive ‘into a place called love’ refrain, and MUUI lets the main motif go crazy. Sparse but still melodic and beguiling, this is an utterly outstanding piece of production.

The first couple of minutes of Oniris’s reworking of ‘Back to Yours’ didn’t really clue me in to what was about to happen. Oniris starts out working the main synth part from MUUI’s original over stabs tapping out a fairly standard deep house progression and a nice rolling bassline. It’s nice enough, but none of it the prepares the listener for the power of what follows. The first real clue comes with the introduction of intricate xylophone riffs, which are quickly joined by rich strings rising out of the mix. During the short breakdown the strings start to really come to the fore, joined by the vocal refrain from the original. As things pick up again, the string parts start to deliver a really moving, cinematic experience, and gentle chimes provide a beautiful counterpoint to both the strings and the main motif. The standout moment, though, falls around the five minute mark, when the bassline drops out, MUUI’s synth line intensifies, and the strings soar even higher, before a flourish brings the bass and xylophone back into play and the track winds down. I’m not  remotely doing the remix justice; I sat with goosebumps for about ten minutes after hearing this for the first time, and I probably listened to it again about 15 times that evening. This is just as good as it gets, as far as I’m concerned. The musicality on show here won’t come as a surprise to anyone familiar with Oniris’s collaboration with Pat Brooks on Bedrock earlier this year, and Crossfrontier Audio hardly a stranger to gorgeous, string-laden house either. But this is something special, even taking all that into account.

That’s a tough act to follow, but MUUI’s third and final track, ‘Don’t Take It ‘Til the Sun Comes Up’, does a surprisingly good job, propelled along by a heavy kick drum, snappy hi-hats, restrained stabs, and a groovy, weaving bassline. MUUI soon introduces a simple looped melody, which a quick breakdown tweaks into a burst of sunshine before the hi-hats and bass reclaim the track. The main breakdown brings new warmth to the track, with massive handclaps, rich bass tones and yet another wonderfully effective little riff setting the scene for the stabs to not-so-gently push the track over the edge. I promise you, when the bassline hits again here, MUUI will have you eating out of the palm of his hand. This is going to absolutely slay fans of slow-burning, mind-bending tech-house.

Honestly, if I was just reviewing the two versions of ‘Back to Yours’ I’d be ready to happily bust out a 10 on this. Zooming out, though, it remains a diverse, exciting and interesting package that once again proves what an outstanding talent the scene has found in MUUI. But as the reader will have no doubt guessed, it’s the Oniris remix of ‘Back to Yours’ that’s left the deepest impression on me; I’ll be listening to that one for some time to come. Absolutely top stuff from Crossfrontier Audio. 9/10 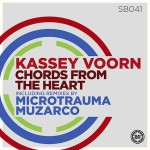 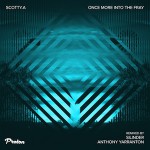