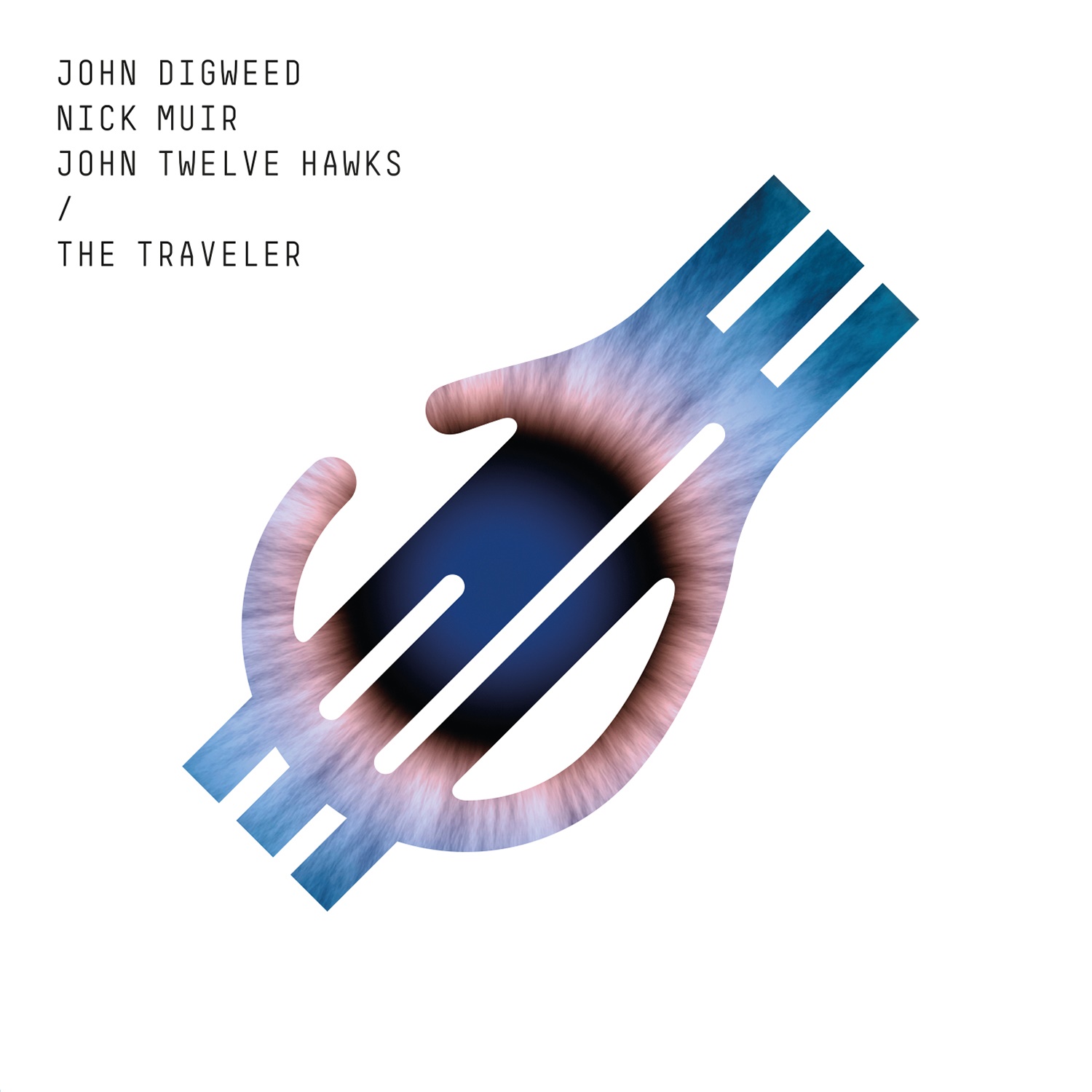 Dance music and film have become intrinsically intertwined in recent years with film and television studios leaning on electronic beat creators, locked-away in darkened sound-proofed studios, to contribute to the all important soundtrack and in some case provide the entire score. Anyone who’s seen Ryan Gosling’s “Drive” will have a reminiscent smile on their face right about now and critics of that film soundtrack have been quoted as saying “the soundtrack is such an integral part of the experience of the film, once you see it, you can’t imagine the film without it”.

For musical artists it can often work in the reverse, whereby certain musical soundscapes can easily conjure minds-eye images of fast-paced action sequences or lush landscapes with interplanetary science-fiction tales of mystery and drama. I personally will never forget my first time listening to James Holden’s Balance 005 mix compilation almost 10 years ago, in the dark, lying on the living-room couch with my eyes closed. The intensity of the music and the flow of James’ selection created an instant action-movie in my mind that I will never see, yet will remember distinctly as though I had had the experience in a physical cinema.

Writing music to any other form of media, be it visual, written, or physical art is a talent that few musicians are able to master let alone attempt. For artists who have specifically chosen this delicate and daunting avenue to release their creativity onto the world (and those who actually make a living from it) the task may actually increase or heighten their creative output and inspiration, yet for the majority it seems generally out of their reach and something that would provide little reward for the almost certain extreme level of effort required. In this day and age of the remix EP and weekly digital single release schedules however, there probably is no truer test of an artist’s skill and talent than their ability to create an album of music, moreso even, one that is based on a concept or attached to a story.

John Digweed and Nick Muir are no stranger to this process, having been involved most distinctly during 2003 with the soundtrack for the cult-classic film “Stark Raving Mad”. At the time, the duo were alternating between using their actual names and that of their alias “Bedrock” to great effect and their stamp on the overall end product was unmistakable. As artists they only contributed one third of that soundtrack’s content unlike their upcoming release, The Traveler, which is 100% pure Digweed & Muir and inspired by a very interesting and unique back story from a shadowy figured called “John Twelve Hawks”. In real life, Hawks lives off the grid and maintains strict secrecy about his identity, so he can express feelings about modern day threats to personal liberty without fear. Digweed and Muir had to meet him in the middle of nowhere, so he couldn’t be identified. All his vocals had to be changed with software. The man takes his privacy seriously and is an extreme example of how it’s possible to operate within an underground culture.

If you ever get a feeling, wondering if time is slowly suffocating you in a frenzy of pulsating fury, this album will trigger just that. It’s a journey, a ride through the minds of three unique artists at their peak, a varied and unpredictable yet uplifting expression of pent up emotional angst at a modern world which is shrinking everyday and weighing down on each of us with unrelenting force. The album has a deep, dream-like ethereal quality, gentle and lyrical at times, dark, relentless, disturbingly intense at others. There’s a sense of repressed energy throughout these thirteen songs which never fully releases until the final moments, but as soon as those moments evolve I found myself wanting to experience the journey all over again. The Traveler commences with “Maya”:

1) Centred around an imaginary character “Maya” and her journey on the underground subway under the constant watchful eyes of an unseen British surveillance network. John & Nick have captured the percussive energy of a relentless anonymous train running though desolate and darkened tunnels with a cold and impersonal feeling gradually creeping in via discordant melodic buildups and eerie filtered stabs. Acting as the album’s opener, this track seems oddly jarring and starkly menacing yet we know without a doubt the mood has been set this way for good reason.

2) “Live Off the Grid” announces its intention purely through its name, confirmed through random samples of fax machines and dialup-modem bleeps that interject the steady lumbering breakbeat laid down by John & Nick. Subtle, sci-fi melodic mood diversions creep up on the listener yet do nothing to quell the uneasy atmosphere of this dark, almost paranoia-inducing builder. John Twelve Hawks already established his narrative authority on the album within the first track, but it’s only now that we’re introduced to John & Nick’s full vision for their vocal contributor as his filtered and morphed voice is heard repeating the track’s title, as an outspoken mantra of sorts. A brief melodic breakdown catapults us back into the groove revealing a new arpeggiated element with a very cool monotonous guitar riff that escalates the mood to a level reminiscent of 1990’s era acid house albeit at a much, much slower pace. Such an awesome and welcomed progression for an already impressive track!

3) “Am I Awake” reminds us after the final ray of light in the previous track, that we are still in the grip of an unseen dominating presence beyond our control, stripping back the percussion to a pulsing, gated, repetitive, resonant atmospheric backing to John Twelve Hawk’s narrative. “Am I dreaming…” asks Mr Hawk, too many minutes of John & Nick’s current soundscape could definitely take the listener’s consciousness into such a state.

4) “Capoeira” resets the listener back into the groove yet once again we’re confronted with an eerie sonic landscape of sci-fi influenced muted synthesisers and down-tempo beats. The occasional analogue sounding stabs from some dusty, corner-dwelling, cables and blinking lights, evil-looking machine creep behind the musings from John Twelve Hawks who seems strangely intent on inducing some form of hypnosis – whether on himself or the listener it’s not clear. Waves of white noise carry us through the breakdown into the brief second act which introduces some classic sounding arps and melodies that may sound like decades-old Bedrock tracks on LSD, before tossing us back out onto the cold, wet sand where the hypnosis session comes to a gradual end with a deep and menacing mechanical breathing. Yes, we’re still trapped in ‘the machine’.

5) “Stay in the Present” extends the hypnotic dream state temporarily yet instead of Mr Hawk’s deep soothing voice setting the listener at ease, it seems the powers-that-be have employed the services of a female employee but can she be trusted, as her voice shows signs of mechanical failure echoed by increasingly alarming distorted “dub step” style bass stabs. The majestic swelling pads and synths bring on a sensation of floating through space as the unwanted female voice finally disintegrates into ones and zeros.

6) John & Nick now return to more structured territory setting up a very Bedrock-esque swing groove that creates a mood of hope and potency, taking Mr Hawk’s narrative out of the murky underground subway and melancholic hypnosis into yet-uncharted territory with possibly a new character in the overall tale, “The Traveler”. The track builds very subtly with the addition of some guitar-style melodies and rock-drum beats yet doesn’t escalate to any great peaks, still wanting to keep the listener intent and engaged.

7) “The Truth” layers some very moody synths and a laid-back break-beat groove down, priming us for the next phase of John Twelve Hawk’s tale. But before that happens, a glorius melody introduces itself proudly, reminding us of the artistic power that Messrs Muir and Digweed both possess. This part of the track reminded me intensely of their 2007 smash “Gridlock”.

8) “Battle” places us squarely into a mechanical, robotic war-zone soundscape with desolation and despair presented on all sides, via menacing staccato synth stabs, gunfire-like percussive sound effects, jarring synth lines, and distorted vocal calls in the distance. Whilst the pace of the track is relatively slow the mood created by John & Nick’s sonic elements ramps up the tension and feeling of needing to run or escape, even moreso when the sneaky key-change and progression appears in the second act. Hope may be in sight, noting the name of the next track however:

9) “Find the Way” introduces us to Mr Hawk’s character ‘Gabriel’ who I’d assume at this point is the actual ‘Traveler’. The sonic landscape has once again returned to an almost-dream state, possibly some far-off inter-space dimension or an inner-space corner of Gabriel’s own mind. Beatless and enigmatic, John & Nick’s pad synths have once again taken over, wrapped up in ever-morphing spheres of reverberation and colour as we retreat gradually and reluctantly from the safety of the dream-state into:

10) “Damned by the Flesh” drops instantly into twisted analogue arpeggiated bass nastiness, with Mr Hawk reminding us that hope is only fleeting. The tension escalates gradually across the track with the bassline and subtle synths being morphed and destroyed by John & Nick yet never getting out of control and always kept in check by the understated percussive groove. Phase two of the track introduces a very cool arpeggiated riff and some beautiful synth lines that wash over the chaos and take the track to a very peaceful conclusion, placing the listener outdoors and alongside the Traveler as he enters an imposing night-time indoors scene which will play out at:

11) “3B3” is slated to be the primary ‘single’ release from the album, and it takes very little time to appreciate why this is so. John & Nick have provided only one opportunity during this album to briefly place a foot outside the Traveler’s tale and acknowledge the dance floor. Fans of the Digweed & Muir will most definitely want to grab this track (and the associated remixes) when it’s released, as it will easily smash any club or festival dance-floor. Dripping with acid and attitude, a monstrous kick-drum / bassline combo stamps its authority from the outset.

12) “We Are All Connected” returns the pace back to laid-back break-beat territory allowing the final act of John Twelve Hawk’s tale to unfold. Simple yet emotionally charged melodies swirl and echo through the track with occasional glimpses of the eventual melody which cascades over the gentle percussion during the track’s middle segment as we’re re-introduced to Mr Hawk’s character ‘Maya’ adding her brief, hopeful, yet somewhat paranoid narrative. The track unwinds and dissolves into the final piece of this amazing album:

13) “Last Line” signals, rather obviously, that the album and John Twelve Hawk’s story are concluding. Digweed & Muir continue the melodic themes from the previous track here to great effect, adding some epic pad chords to raise the intensity as the final narrative is delivered revealing that the Traveler and Maya have finally met and, per the mood of John & Nick’s celestial-sounding chords, are about to embark on a new journey, to heaven.

An epic and appropriately enigmatic end to a very engaging and superbly crafted meeting of artistic minds. Having not had the pleasure of reading John Twelve Hawk’s book – from which this album was inspired – it’s difficult for me to know if any of what I’ve taken away from hearing the album aligns with the content of that book, hopefully I haven’t misinterpreted anything too wildly but I guess I will never know. I know for sure that I would dearly love to read John’s book, which I think is in itself a somewhat profound result of having listened to this album, and I encourage everyone to experience it when it hits the stores. 8/10 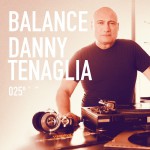 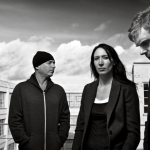