Underpinned by her fleeting, weightless vocals, ‘So Hot’ sees Englund tap into her trademark, deeply personal brand of music that defies categorization by sound and opts for vibe instead.  Anabel’s proven musical wingspan ranges from house to indie to places yet undiscovered. With shimmering synths and lyrics alluding to “a kind of paradise”, the release is a re-work by MK and Nightlapse that seems destined for the beaches of Ibiza, Miami, St. Barths, Rimini, Croatia the Balaerics and beyond.

Englund first worked with MK back in 2012 on Hot Creations. Before collaborating with MK, she was featured live and on record as a key member of the legendary group, Hot Natured with Jamie Jones and Lee Foss. Shortly after, Englund,  MK and Foss worked together on the  Pleasure State project and released notable songs like “Ghost In The System” and ‘Electricity,’ a lauded track that made it onto the BBC Radio 1 end-of-year Essential Mix play.

AREA10, already a well known events and revered party brand, re-emerges into the record label world in conjunction with the world’s foremost dance label, Ultra Records. It only felt right that the first single from Anabel on the label got reworked by MK and AREA10 labelmates, Nightlapse. The single is the precursor to Englund’s forthcoming ‘Messing With Magic’ EP.  Meanwhile, AREA10 is in the midst of its second summer residency at the revered Ibiza Rocks Hotel. The brand is known for hosting and throwing parties around the world, at events such as Miami Music Week, Mysteryland, Tomorrowworld, SW4, We R Fstvl, Ireland’s O3 Arena, Parklife, Croatia, Pacha,  the Warehouse Project, Amsterdam Dance Event and more.

MK’s iconic Detroit AREA10 brand re-enters the world of releasing music and this time alongside the mothership Ultra Records, representing a new chapter in the story of MK. It is no wonder that he has enlisted his close friend, sometimes muse and multitalented artist Anabel Englund to put out its maiden release. 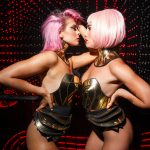 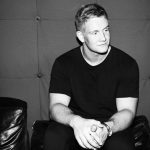