Spanish label Univack return after a hiatus, and they’re back with a new track from Andre Sobota, backed by remixes from David Granha, Sivesgaard, and Elio Kr & Integral Bread.

Andre Sobota’s own version of ‘Common Place’ is another slice of progressive/techno crossover, in a similar vein to his recent track ‘Fallout’. A strong, bright melody and a growling bassline provide the heart of the track, while cool vocal work and characteristically zingy percussion ensure that this is a winner.

David Granha offers a tougher take on Andre Sobota’s track, with about fifteen basslines driving things at the bottom end (that might be a slight exaggeration – but only a slight one), while the rest of the track flies and builds, leading to absolute mayhem when Granha leads the musical themes from Sobota’s original give the track a fantastic climax. I wasn’t super keen on the vocal samples throughout this one, but that’s a minor complaint with an extremely strong interpretation of the track. Great stuff.

Sivesgaard takes the track in a different direction, giving it a gentle melodic techno spin, with the main theme worked into a trancey ripple, and accompanied by a bustling, electro bassline, and a brassy hook. The musical ideas on this one didn’t really appeal much to me, and I found the repeated ‘Yeah’ sample pretty annoying, so overall this was my least favourite version of Andre Sobota’s track.

Finally, label-bosses Elio Kr and Integral Bread offer a slightly proggier version of the track, with a bubbling bass part taking the lead, and with some great guitar-licks, synths, and vocal pads adding atmosphere. The breakdown sees Andre Sobota’s melody emerge more clearly, and it makes one last welcome appearance for the finale.

This is a terrific release from Univack, with a number of strong versions of Andre Sobota’s track which should appeal to a range of different DJs. 8/10 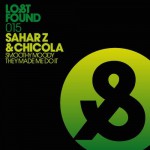 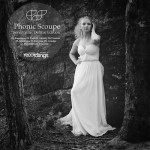