Hi Anna, you release this week on Airborne Black which dedicated to exposing the wilder side of clubbing techno and asking artists to share their blackest moments. Tell us yours!

So I’m playing in Amsterdam about a year ago, right? The club was Melkweg, the place was packed, big night and everything. I’m performing 2-4 and I was really eager to go on decks and start playing my stuff. The previous DJ was killing it and the vibe was great. I just couldn’t wait any longer!So minutes before the previous DJ ends his set, I go stage and take my position to the booth. He turns towards me and says “last track”. So I connect my sticks, choose the first track, plug in my headphones and I confidently press play. And yay! My headphones won’t work!

I quickly switch plugs in the mixer, no response on the other output as well. The track I played was almost finished and I was wondering “what am I missing here?” did I forgot to push something or what?

I turn the level of the headphones up and I hear a crackling sound inside. It was official, my headphones were burned. My backup set was in my luggage, cause I was stupid enough to leave them in my hotel and the previous DJ had left the booth and there was nobody beside me. But I had to mix the next track in. Quick change of plans, I chose one of my own tracks for next – cause I knew it by heart  – and mixed it in using the monitors. Success!

Then the real struggle started. I needed to make contact with someone who could get me a pair of headphones but no one was there. Even the sound guy was not at his position! Track 3 mixed in the same way, track 4 also and just when I was convinced that it’s done and I had to go 2 full hours of no headset mixing, I saw someone with the edge of my eye at the right. I don’t remember myself making a bigger jump than the one I did that time. Literally grabbed him by the shirt and started yelling words in Greek cause the music was too loud. Of course, he was Dutch lol. Calmed down, went back and mixed the fifth track in (still with no headphones) and then, after a track or two, the next DJ lent me his headset.

Lesson learned, never leave your backups at the hotel. Relief.

You’re a super talented artist and working much differently to other producers. Can you tell us how so?

Well I don’t know if I’m talented or not, but this is what I know how to do best to be honest. And there’s nothing remarkable in the way I work in music, really. Every producer has their own method and so am I. So what I do is this. When I’m not… bored haha I record stuff either from my synths or I produce my own sounds. For example, I record hats by making them with my mouth and then I layer metal elements on top of them in order to give them the “shine” they need. Or for example, I create a sub bassline bu blowing onto a mic and filter out everything above the frequencies I need. I find that when all these unique elements combine, you get an outcome that’s completely new. Also, I use very old synths to create my sounds. I have a really large bank of own produced sounds – some of them are included in my sample pack, due to be released with LoopMasters in a few weeks. But for sure, one of the things, I can recognise as different from many producers is Techno is the fact that I don’t use sequencers. At all. I don’t really enjoy working with them and I believe that I have a greater level of control without them. But that’s me haha

Do you have any videos of the way you’re creating your sounds?

Actually, I do, here’s one

Talk us through the way you like to DJ, with headphones obviously haha

Well I don’t really mind to DJ with CDJ’s or Traktor or vinyls. I love the ease that CDJS provide to me (and the fact that I don’t have to carry laptops and such) but since I also play with the Kontrol S8, I found out that I can do way more with that configuration. See, I can choose between remix decks, track decks, stems or sequencers, practically making my set live. But talking about live, I’ve been working on the past months on my live performance as well and I can say that I can play with synthesizers live as well.

You run your label Voltage Records and run parties in Greece. What is the scene like in Athens?

The Scene is amazing. People love techno and they are giving us so much love in return. I believe that we’re a team that’s working 101% in every aspect of the label, even in terms of discography, parties, merchandising. I think VOLTAGE is doing really well at the moment but it requires endless hours of work every day.

Which producers are you really liking at the moment? And can you share a top 5?

I can spot out a few, instead of making a top 5 list if that’s okay with you! Ignacio Arfelli for sure is one I have my eye on at the moment. Keith Carnal is and will always be one of my favs and so is M.I.T.A. from Italy. By far one of the producers I really admire is Electric Rescue from France. His works are always incredibly groundbreaking and his sound is uffff unreal! Another artist I really love is Noir and not only for his music, but also because I think he’s one of the most professional in the scene, in all aspects.

What releases do you have coming up?

Well, right after my (only) melodic EP on Airborne Black, I have a bomb 3-tracker releasing in one of my favourite labels in this world, Familia from London. The title is Canes Venatici and it has so much hard work on it. Next, but I’m not really sure on the date, I have a single names “Sphinx” coming out in Suara and mid April, plus ‘The Void EP’ on Orange Recordings too. I’m also releasing my hardware sample pack on the mighty LoopMasters, titled “Techno Intelligence”. I’m not allowed to share anything beyond these releases, but you’ll be hearing from me quite often in regards to music released 🙂 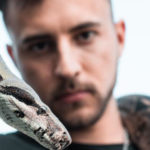 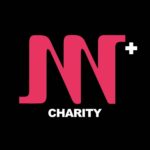