Paris based artist Anton Dhouran stops by to chat about the process on his new album ‘The Myth of Tarae’, his live show and new monthly podcast on bloop.

Hi Anton, thanks for joining us, how are you and where in the world are you today?

Anton Dhouran: Hey Guys! I’m very good, I hope you too! I’m in Martinique today, I played a 3 hours DJ Set on the beach yesterday night, it was awesome! I have 2 days more to enjoy the beach until I have to go back home.

We chatted with you back in August and you revealed your album which has now just come out on Chapter 24, you must be quite excited. Tell us how it began to take shape? Was there an initial goal of writing an album?

Anton Dhouran: I have been in contact with Chapter 24 guys for about 3 years, I really like the team and the label, we spoke often and I sent them Amenestra and Isle of Arava, they liked it a lot and offered me to release an album, and I accepted 🙂 I always liked the idea of composing an album, we can tell a more complete story than on an EP, It is always more difficult to release various tracks and not dancefloor on an EP. Moreover I think that my music is particularly well suited to the exercise of the album rather than EP exercise. Indeed I love to tell stories, cause emotions, vary styles, bpm etc etc and try new things, and that’s exactly what the album allows!

How did you end up with the final track selection and how did you go about cutting stuff out? There must be a honeymoon period with almost everything you write?

Anton Dhouran: Indeed for a little over a year I composed this album. I composed about 25 tracks and we had to select 10. It was not very difficult because I had an idea from the beginning quite precise of the different style of tracks that I wanted for this album. After 3 or 4 different ideas of selection we quickly fell in agreement with Chapter 24 on the pieces of the album.

All the premieres from the album have been very well received, what are your personal favourites and why?

Anton Dhouran: Yes and I’m very happy about that 🙂 About my personal favorites, my 3 favorites tracks of the album are This Is Us, The Myth Of Tarae and Odyssee. There are not the best dance floor track to play in club for sure but these tracks are my favorite because there are the most special and cinematic track of the album and I Always try to make something new in my music and add a cinematic ambiance. But It’s always hard to be objective about our own tracks haha.

The video premiere for the album is also stunning, visually it has quite an interesting narrative, tell us about that.

Anton Dhouran: It was a big project It was a big project that was close to my heart. Given the cinematic and nostalgic style that I try to inculcate in my tracks it seemed very interesting to associate with the album a video project. We edited the project with directors Pascal Dash and Emma D’hoeraene. The goal was to tell a story in both music and images. We choose a theme that we all care about, ecology. We then reflected on an artistic way of telling a story that carries a message. The project was much appreciated and made many people want to work on the project with us. This is how we were able to work with an incredible team of film professionals. It is a project that took us 8 months and that required a lot of work (indeed plans were filmed on 3 continents and 2 months post prod were necessary to add all the special effects) and we are very happy result 🙂

Looking back on the whole writing process, what stands out in your mind? Was there ever a moment where you felt like everything was coming together perfectly and you knew it was going to end up being the incredible collection of music that it is?

Anton Dhouran: First thank you for your compliment, I’m very happy if you like the collection 🙂 I always love the writing process, my biggest pleasure is to create new music, I love when I work on a track the whole night with the excitement that keeps me awake and have the feeling that I’m holding something close 🙂

As I said I had a pretty clear idea that what I wanted for this album, so there was not really a time when I told myself that everything was perfect together. There was a moment when I saw more clearly what I wanted and what I could get out of my head. And when we are in the handlebars, we listen 1000 times each piece etc, it is not really objective and we are rarely certain that the song is really good or not, and that everything is perfectly together or not haha. I ask a lot the opinion of my relatives and it is especially that which serves me of indicator.

What can we look forward to in terms of remixes from the album?

We are still working on the album remixes, but we already have some great name like Nick Warren, Third Son… 🙂 The album remix will be release in some month but some of you could already heard some at the ADE or in other club in the world hehe. About how many remix..You can expect something like 8 remixes. Of course the remixes will be more dance floor oriented.

How do you feel about your work being remixed in general?

I always really love when my work is remixed. First because my style is not very dance floor killer so it’s cool to have some more dance floor version. Second because it’s always very interesting to see what other artists of the same base do. How would they have used this melody? what structure would they have imagined? etc etc. Also it’s always hard to judge our own tracks, but when these tracks are remixed it’s more easy to judge these melody or this drums part 🙂 So I always love be remixed! When I play DJ set I play more the remixes than my original version haha.

You’re also fresh off the album launch party which was on the 7th, tell us about that, you played live correct?

Yes exactly. I was in London for the launch party on the album, where I played live. It was also live on facebook and on Bloop. radio! I also played a DJ Set on 8th. It was really 2 really nice parties and I love London!

What does the future hold? What can we expect to hear from you in 2018?

I already have some nice EPs scheduled for 2018 and some other in discussion, but I won’t release a lot of tracks this year (knowing that I just released an album and we have to keep promoting the album and the upcoming album remixes). Also I’ll start a monthly podcast on Bloop radio from London, it will be on the air and live on Facebook the first Wednesday of each month! This year I want to concentrate most of my efforts on my live show. Indeed I’m working a new live set up, I want to play more instruments in my live show. Also, I would like to add some other musician, but everything in its time:) In the future I want to be able to play as much in festival and club as in concert, with course set up and different tracklist! Otherwise I will start a video series of rework live version of my own tracks. But for sure I will also work in the studio on some new tracks too.

‘The Myth of Tarae’ is out now on Chapter 24, you can purchase the release: here 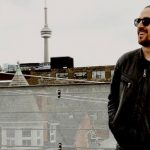 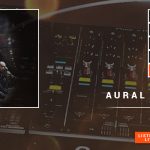