Hi Arjun, First of all can you give our readers a bit of insight to your background? Where did you grow up? Where did you get exposure to electronic music? Who were your influences?

I’ve been a DJ now for about 18 years. Moved up the ranks here in India, playing at clubs across the country. Held multiple residencies at some amazing venues, and at some point started doing underground parties with my friends. I grew up in Bangalore, that’s where it all started. Listening to early Chemical Brothers & Prodigy got me hooked to this sound and from them on, I was obsessed with it.

Over the last two or three years you have become prevalent artist on the scene. Success doesn’t happen overnight but what was the turning point?

I started a live act called Jalebee Cartel, and for almost 10 years we devoted ourselves to it, playing and producing – touring like crazy and becoming pretty successful in India. That experience gave me a deep insight to what the dance floor needs. When I went solo, and started pushing my own career, I threw away all my presets and samples and started afresh. I think that was the big difference, as I wanted my own sound. Fortunately artists like Fergie & Kaiserdisco discovered my music early and really supported me … that was the turning point.

Your output is has been consistently excellent and has received praise from some of the industry greats like Richie Hawtin. You’ve had releases on Bedrock, Tronic Records and Octopus. You were also awarded best new techno artist 2011–2012. Is this something would have ever imagined?

To be honest, I never thought it would go in this direction. But, I’m a very focused person, and set a lot of goals for myself. There are no shortcuts in life and if one works hard enough, things will happen. It’s important to be your own worst critic. I produce a LOT of music but only a select few tracks make it out, so I’m already sifting through all the bullshit. With the amount of music being released today, there are way too much sub-standard productions, and the sad things is people don’t really see it that way. They just want to release anything and everything. So none of those releases came easy, and when you see someone like Richie playing your tracks over and over again, it’s special.

How does it feel to be considered India’s No1 underground artist? Who in your opinion are the others leaders in the Indian underground?

I actually dislike this whole numbers game, it’s the worst thing for the scene and I’ve never taken it too seriously. But it’s great to be recognized for the years of hard work you’ve put into something you love. We have a lot of really talented DJ’s and producers in the country and I think artists like Kohra, Praveen, BLOT, Oozeundat, Vinayaka are all doing really well, and will shine on in the future.

Looking back over the years, the growth of the scene in India is quite amazing. My first experience of clubbing in India started back in 2001 in Delhi. At that time it seemed there was only a few DJs coming over to play and there was also a hand full of Indian DJs pushing the sound. What’s your take on the current state of the Indian scene? Do you think it was fair for Sebastian Leger to say the scene isn’t quite there yet?

Haha, I remember playing with you, on one of your early visits. It was inspiring to hear you and I was a huge fan of ‘No Other Love’. The scene in India is exploding, and we have a massive influx of International DJ’s. The festival space is also bursting at the seams, so things are crazy at the moment.

Bringing DJ’s down is the new trend. EVERYONE is doing it. But the key players are all the same. They are the same guys who do Avicci, Above & Beyond or Hawtin – It’s important for promoters to recognize who their audience is!

How do you promote commercial artists to fill up these venues, and then do an underground artist and expect the same people to come out? You can’t be over-ground and underground at the same time… you have to pick one, in my opinion. This is probably why some one like Leger would say that.

My agency in India, UnMute, is on a mission to push homegrown talent, as they have serious potential. Artists from India are already breaking out, so it’s important to realize their value.

I understand you have started a number of music technology schools in India. Why did you do this and which type of people are you catering to? Is this a government backed initiative? Do you have any plans to grow the project?

Yes, I run a school called I LOVE MUSIC Academy. The idea began years ago when my brother and some friends started a small one in Bangalore. I helped them at the time with content and teaching methods, and a few years ago we decide to open the flagship branch in New Delhi. The academy has top-of-the-line studios where students can work on their creative ideas and learn from professionals.

We cater to all types — kids, music enthusiasts and professionals who want to take their art further. Unfortunately, electronic music has no funding or support from the government in India, but we have a great thing going, and recently partnered with Pyramind to offer our students a chance to further their music education at their state-of-the-art facility in San Francisco.

Back in the day I believe you were in to tribal. How did you grown in to techno?

Back in the day, I guess we all played whatever was accessible to us. We never had record stores in India, nor did we have much contact with the music scene in the West, so it was totally up to each individual to make their own connections and source music. I moved towards minimal & techno early on, and fell in love with that sound. Since then, that’s what I’ve been pushing.

A few Indian underground artists have remixed Bollywood anthems. Is this something you would ever consider doing?

I’ve had many offers in the past, and even did some back in the day for money, but nope, I’ll never put my name on it.

You have played some awesome gigs over the past few years, including BPM festival in Mexico. Recently you were part of the Tronic Records tour with Christian Smith. How did your relationship with Christian at Tronic start?

I met Christian for the first time at Sonar, 3-4 years ago, and since then we’ve kept in touch. I knew he was supporting some of my music, so we invited him to come down to India and do a few gigs with us. Over the course of that tour we built a friendship and since then, I’ve been sending him all my productions. He’s been extremely supportive, and I’m truly happy & honoured to be on Tronic.

What’s your preferred method of Djing these days? Sync or no sync? Laptops vs CD?

I’ve played on cassette Walkman, rotary pitch control turntables, mono mixers and whatever else you can think off before moving to Technics or CDJ’s so now I’m 100% digital. I love technology, and I’m a gear freak so I embrace it.

I use 4 decks, synced on Traktor. In the end it’s not about the medium, it’s what comes out of the speakers that’s most important.

Everybody knows techno as well as hip hop Djing has always been about skills. Who are the heroes you used to worship or still do? Please tell us why?

Sasha was a huge inspiration for me, partly because his use of technology and the famed Maven he created. Of course, his skills were amazing and he could blend tracks so seamlessly. Dubfire is someone who I really look up to. As a DJ, Ali is second to none. His style and selection of tracks is unbeatable. He’s also a great person and I’m glad to have played with him now on several occasions.

Adam Beyer is also one of my heroes! I’m exploring the harder techno sound, and he is flawless when he plays. His productions have been really doing it for me too.

What gear are you using in the studio? In or outboard stuff ? Software or virtual mixing desk?

I’ve been moving around a lot over the last 5 years so my studio has constantly been changing. My earlier setups were a hybrid of analogue & digital. I had a Moog Little Phatty, a Roland JP8000, a Nord Lead and a Virus TI. Some of it has been passed on to the school and some I sold.

Today my studio is my laptop. I try and keep it very basic and just have a handful of plugins including the UA stuff. I do have a bit of hardware like a 303 clone – the Acidlab Bassline and I just got a TR8, but 99% of the time I make music on the road, and come in to the studio just to mix stuff … it’s more inspiring for me to get out of the studio environment and make music.

You’re in the process of moving to New York which is one of the greatest cities in the world. It’s also very expensive. What the decision behind moving there?

I’ve been working on this plan for a while actually. It’s not easy moving or even visiting anywhere with an Indian passport, but I was lucky enough to figure a way around it – the years of doing what I love gave me a way through.

Last year, I toured the US for a few months, and the response was really good. The scene in America is back on track, so I think it’s a good time for me to head there and explore future prospects. I have an amazing agent, and together we are working on a solid plan, so I’m hoping things pan out.

Finally, please tell us about any up and coming projects, releases and gigs you have coming up or other activity for the not too distant future.

The big project is moving home to another continent, so that’s what’s taking up most of my time – as you can imagine, there’s tons to deal with. Release-wise, I have a bunch of remixes coming out on various labels. I have collaboration with Victor Calderone that’s coming out on Octopus Recordings. Ramiro Lopez and I have been working a lot together and we have an EP releasing on Monika Kruse’s Termainal M in October. I also have a single on Pleasurekraft’s Kraftek and Boris’ Transmit Recordings.
I’ve also just finished producing my first sample CD, which I’m quite kicked about. Took a while to get it done, but it sounds fantastic. Will be out on Waveform later this year.

Gig-wise, I’m in the middle of my ‘No Sleep Till Brooklyn Tour’ here in India, where I’m hitting some of my fav venues before I leave. I also have some dates in Europe around ADE, and of course will be playing shows in the US & Canada very soon. 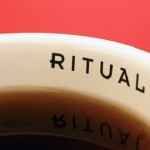 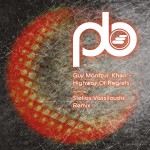