Hey guys where are you based and how did you first get hooked on dance music?

Hey Mark, thanks for having us. We are both located in the region of Frankfurt, an early-days Techno stronghold in the centre of Germany.

As we started our music project in 2012 we had quite different paths to electronic music before we met.

Marcus: I had first contact with electronic music in 1992 when I was gifted a CD compilation with current Techno hits. After a school rave where some early commercial rave hits were played from Westbam,  Scooter, etc. I was hooked to the beat, the groove and the melodies, as I only knew the 80s synth pop until then which I also liked, but this electronic music was another level of drive, emotions and energy!

Fabian: I’m a trained jazz and blues pianist, and am obviously coming from a very different musical background. My first contact with electronic music was through my brother who was regularly going to Sven Väth’s  Cocoon Club in Frankfurt. Through him I came in contact with music from Chris Liebing, Johannes Heil, Tobi Neumann, to name a few and became enchanted with the sound and feeling of Techno. But it was until my return from France, where I studied for two years, when I decided to use my musical knowledge to produce electronic music. Through a friend of my brother I met Marcus back in 2012 where the story began and still is being written.

It’s kind of hard to tell, since many often vary in their style or direction nowadays. It’s safe to say though that we are still in love with stuff by Stephan Bodzin, Johannes Heil, Thomas Schumacher, to name a few of the older heroes still around. Also, we have been playing a lot of ANNA which really got to us the last few years in case of emotional tracks and production quality. We also love the direction of some artists which tie to the early years of Techno/Rave culture. Spektre have been doing quite an impression recently there for us, although they were great already 10 years ago.

We really want to produce and release worthwhile music, which won’t be forgotten after a short time. It’s important for us to transport certain emotions and still hit the dancefloor with the groove and beats.

It’s not so important for us what the actual style is called though. Currently we are focusing on more Technoish stuff, because we really fell in love with it again.

We’ve had a release on TRAUM Schallplatten which still can be called a big player in the scene. Continuing this year, we have some awesome signings which we can’t name yet, but we think we’re getting where we want to be music wise, as we are also playing these labels a lot in our DJ-Sets.

As we started 2015 under a different name “unNamebar” we had a vinyl release on bouq (which is  Butch and Amir’s label). We didn’t expect such great feedback and support by major players like Martin Eyerer, dOP, AFFKT, Wehbba, Chymera, Simina Grigoriu and many others. This really motivated us to continue and gave us strength to dive deeper into production.

Recently we have released an EP on the London based label and event promoter of Egg, Familia, which was also well received in the scene. We had play support from Hollen, Spartaque, Maya Jane Coles and Martin Books charted us in his November Beatport Top 10, also our release was featured by the distributor Labelworx which really made us very happy.

DJ-wise we did warmup sets for some big names like DJ Hell, Adana Twins or Tim Green and could prove our DJ skills with compatible and rising sets. We just love to let the people have a great evening. Especially the 4 hours we did before DJ Hell were a very special experience for everybody we think.

We found a really good label with Fierce Animal Recordings to release our space themed EP “Voyager One”. As we both love space and extra-terrestrial stuff, we felt the tracks of this EP should show these emotions we have when looking up into the deep sky. That’s also the title of the track CU’s premiering right now. A deep sky exploration shows us with human eye hidden details of galaxies and stars far away. To see the sky through a telescope is such a beauty and this track transports the feeling very well we have when observing these.

Also, Fierce Animal Recordings produced great videos for all the tracks. Be sure to check them out on release day, we very much love the atmosphere they add to the tracks and make the journey through space even more entertaining.

We’ve already had great early reactions for the EP, e.g. from Spartaque, Spektre, Darin Epsilon and many more, which shows us, we all feel and share a common vision of sound. We’re very looking forward to hear the tracks in sets and see how people will use them to add a special atmosphere to their raves.

I (Marcus) started playing with vinyl in 2005 on 1210s, but was then already experimenting with the first Traktor version. After some years, vinyl unfortunately declined and many tracks were not available, so I switched to a hybrid setup. Now we’re playing mostly Traktor-only sets, since we have much more possibilities to react to certain situations and play a better set in the end. We do not mean because of the sync button, but of the better possible track selection we have when selecting from 25+ years of awesome tracks we have collected during the last 15 years.

Yes, we plan to do a Live performance someday. There’s quite some work involved though, and currently we are focused on producing and building our discography. We feel things will happen at the right time, and if we see demand and get the possibility to do a Live PA, we will do it for sure!

As we don’t want to name the labels of our upcoming releases yet, we can reveal they speak Italian, Greek, Bulgarian and Belarusian : )

These are all well-known labels and we believe if you are in the scene, you probably won’t miss a release which will be happening in the next months.

Do you have any future news you want to share?

We really are in a good flow in the studio right now and are fully focused on developing our sound further. We think we cracked the formula for our 90s inspired driving Techno sound already, also as we now often catch ourselves landing at 130+BPM and getting the feelings back when Techno and Rave flourished in the 90s.

We still have a lot of ideas we want to finish this year, so this is really just the beginning for us, as we have plans to reach for the stars 🙂 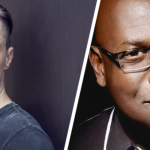