Bee Dub speaks to rising UK progressive and Nanoplex artist Ben Coda, who spills the beans on their forthcoming album. 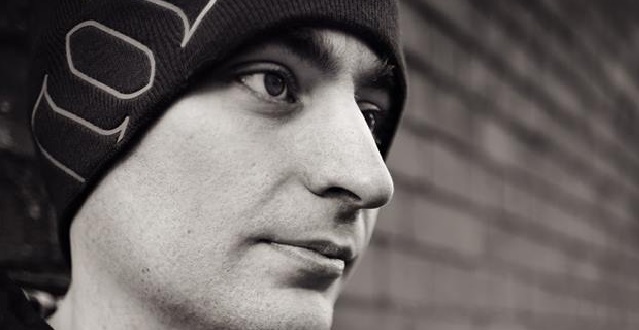 What brought you to the world of electronic music?

I’ve been surrounded by music from a young age, but I think it was when I picked up my first guitar when I was about 13 that it clicked and I decided I wanted to give a career in music a shot… I got into electronic music in my mid teens, I was really into rock/grunge in my early teens but then starting listening to my mates techno and jungle tapes (yes tapes!) and it kind of snowballed from there, the prodigy were a big influence around that time as they were kind of doing that whole dance crossover thing, Underworld, Orbital, Leftfield, and obviously people like Sasha and Digweed. After that I just immersed myself in dance/rave music and culture, got some decks and it went from there…

How has the UK scene influenced your sound?

Well we have a really strong music scene over here, from underground parties right through to big festivals… It’s definitely helped shape my sound, I think because the UK is quite small as well it’s easy to access all these events, and of course in London there’s a ton of variety. I’ve always been into a diverse range of music, and try to bring those influences into to my music, you can hear elements of dnb/jungle, techno, house, trance, psychedelic stuff… It is a bit of a melting pot over here and I think you can definitely hear that in what I write.

Can you name some of the artist’s that have had an impact on your style?

There have been loads over the years, earlier on I’d definitely say Sasha, Nick Warren, Oakenfold, Orbital, Underworld, those are kind of the obvious ones. Nowadays I’m finding I’m influenced a lot by the sounds I’m hearing coming out of South America, artists like Victor Ruiz and Alex Stein, clean effective dance-floor music that really rocks.

What’s been your most memorable gig around the world?

A few come to mind, I think most memorable so far in the UK has to be Glade Festival, I’d been going as a punter for years so to get the chance to play was a dream come true… Abroad, most of the gigs I’ve played in Russia have been pretty memorable, wicked crowd over there, and usually lots too much vodka New Caledonia in the Pacific was also pretty awesome, I was over there for 3 gigs, but the first one was on an island that everyone had to take a boat to get out to, a great experience.

Any shows coming up this summer that you’re excited about?

Yep loads, the next one is Glastonbury festival, which we’re doing a Nanoplex show at to launch our album, it’s the biggest festival in the UK, so to say I’m excited about it is a bit of an understatement! On the same weekend, and a bit closer to home is Astral Circus in London. After that Noisily Festival, also in the UK, which is set to be a cracker, in an amazing location in the countryside, I’ll be playing a live set there and we’ll be playing a Nanoplex live set too. There’s my residency down at a night called Sicknote in Brighton at the start of August, which always goes off, and the weekend after that is Boomtown, where I’m playing on the Tribe of Frog stage on the Sunday…. I haven’t been to Boomtown yet, but have heard great things, really looking forward to that one.

What kind of new releases can we expect to hear from you?

I’ve not been so busy on the Ben Coda production front recently as I’ve been working on a new album for my Nanoplex project (see Q below), but there are some new original Ben Coda tracks in the works and a couple of remixes coming up too… I’ve just had a new one picked up by Whartone, a techno roller called Waterhouse, on the flip is an update of my 2011 track Crunch, which I’ve given a bit of an overhaul… Sound wise I’m taking things in the prog techno direction (think tunes of mine like Pressure), it’s a sound that really works on the dance-floor, and works equally well at clubs or festivals.

Speaking about your side-project, can you tell us more about Nanoplex? Who else are you working with?

Nanoplex has been in existence for about a year now, and it’s a techno project I’ve been working on with a good friend of mine DJ Ipcress… We’re trying to write mind bending techno music with a really psychedelic edge, and the sound is developing really well… We’ve just finished our first album, The Billion Dollar Brain, which is coming out on CD and mp3 at the start of July on Flow Records, it’s the first full album I’ve worked on and is the result of about 6 months of work, we’re really happy with the result. We’re also working on an EP for Iboga records, which is coming together nicely.

How has it been working with someone else in the studio?

It’s been great actually, I’ve worked with quite a few people in the studio, with mixed results, but things have just clicked with Chris and he brings a fresh perspective to each session which has had a big influence on the sound. It’s quite easy to get locked into a particular sound or way of doing things if you’re working on your own, so to work with other people is important.

Can you tell us a bit about your studio? What are some of your favourite pieces of gear or software?

My studio setup is pretty straightforward, I use Logic Pro on the Mac, have a Motu Traveler soundcard and use all soft synths apart from my Virus TI, which I’ve has for a few years now and it’s still my favourite piece of kit. My monitors are Adam p11A, which are great. Soft synth wise it’s nothing out of the ordinary, Sylenth and Massive are probably the ones I use the most and then Kontakt and the Exs24 for samples. I’m a big fan of the U-he plugins, and also use Soundtoys and Audio Damage stuff quite a bit for mashing sounds up.

What is the best tip or production advice that you’ve learned and what advice might you recommend for young producers?

I think the best tip would be to train your ears, learn what is a quality sound and aim for that level of quality in your music. I get sent a lot of music with sub standard sounds but really good ideas, the difference comes with being able to hear what is good and what is not, it’s fundamental and far more important than what new plugins you’ve got.

As far as developing your sound goes, I’d say stick to what you love and what inspires you, whatever style that is, as it’ll show through in your music, don’t be afraid to buck the trend, and try something different, and something I try to remember is that I’m writing dance music, if it doesn’t make me want to get off my chair and have a dance around the studio it’s not doing it’s job properly. 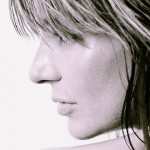 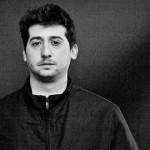