Birdee is a producer whose sound we’re really digging of late; a man with a contemporary disco and house sound but one that’s definitely also indebted to old-school tropes.

A busy man, he’s based in the US these days but is from Italy originally, and has big plans afoot for the next while, with gigs in Australia following a host of summer gigs in Ibiza.

Here, he outlines some of his favourite labels over the years. And what a few he’s picked!

TUMMY TOUCH
I have so many Tummy Touch records in my collection, Organic Audio were one of my fave acts when I started djing in the early Noughties – and of course the Tim Love Lee stuff was great. The label was also responsible for introducing Groove Armada to the world – as they say, the rest is history. This track from Italian act Tutto Matto is one of the standouts in my opinion!
NUPHONIC
In the late 90’s Nuphonic were simply untouchable, everything they released was pure gold. This debut single from Faze Action still gives me goosebumps, it’s magical – a good example of how special the label was, even if it didn’t last very long.
PRELUDE RECORDS
When you look at Prelude’s catalog, it’s almost unbelievable how many classics they released, which makes it difficult to pick one. All of their releases sound incredibly big and stand head and shoulders above a lot of the other disco that was released around this time. This track from the Sticky Fingers EP has been sampled a few times, and with good reason – it’s amazing!
SKINT
I don’t come from a house or rave background, I played in rock bands before I discovered dance music – and I wouldn’t be making beats today if it hadn’t been for the big beat explosion. There are a lot of labels from that period that I still love, such as Freskanova and Kingsize, but Skint was the label that really pushed that sound and is still active to this day. I remember losing my mind when Howie B played this Lo-Fi Allstars tune at the Dogstar in Brixton back in the day…ah the memories!
CASABLANCA
I will always love Casablanca for 3 things: Kiss, Lipps Inc’s Funkytown, and Giorgio Moroder, which all shaped my musical growth as a kid. Of course they also released a bunch of stuff from Parliament/Funkadelic. I listened to this song from Kiss so much, my copy of Destroyer is completely worn out. 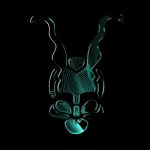 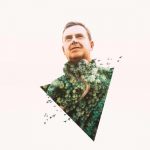