Blue Amazon (Lee Softley) is a name that has been associated with quality over the years with a number of classic tracks including “No Other Love” and “The Javelin Album”, remixes for the likes of Sasha, Skunk Anansie, New Order, Madonna and more

Unrilis are one of the hottest Techno imprints out there right now. I’ve been totally absorbed by this label for quite a few years and it never disappoints.  Spektre like wise have continued to impress whilst competing in the global techno arena, this is something which is an accreditation to the north of England as this team of two reside in Leeds / Sheffield. This one is dark with a transient element, a bit of an Old school vocal hook and completely flowing.

Th;en Starkato – Sundance Ep (Drunken Kong Remix) – Sprout
Anything that Drunken Kong has touched of late is pure gold. Their releases on Terminal M to Tronic have been superb with a uniquely treated sonic edge and this is a perfect continuation. It’s a great tribal esque groove, dark techno overtones and an absorbing middle break track. The release also includes mixes from no other than Thomas Schumacher and on a label that’s also outputted releases from Victor Ruiz.

This maybe classed as self label promotion but once you hear this track and the others on the forthcoming EP titled “Coquelicut” I think you might agree its justified. Med In Mars is just unique in what he does, its not quite Techno, Its not quite Tech House or Progressive but its certainly Med In Mars. This is one of the more fun cuts from the EP with lots of bounce and tongue / cheek Donald Trump feature.

This is just one of the 6 featured titles from the forthcoming “A Kind Of Kling Klong Vol. 11”.
Produced by two seriously commanding artists, its full of percussive groove, unique synth work and bubbling energy. The other tracks on the mini album also feature artists Martin Eyerer & Ackermann, Ellroy, CJ Jeff, Wade and DWU & GIOC.

It’s become virtually impossible for me to provide kind of chart without including an Arjun Vagale release. He’s been filling my play lists and record crate for years now and never disappoints.  This is track two from his “Modmatrix” release on his own label Odd Recordings.  It’s a very modern Techno interpretation with an element of bounce, vocal snippets locked in and rolling energy.

This is the title track from the Dageneral / Bageera album and one which some might say is not an obvious choice, however not everything as to have 4/4 beats and Techno rhythms to be club.  It’s an electro style atmosphere track with great use of vocoder vocals proving a Kraftwerk style edge. The rest of the album varies well between Techno and Tech House styles.

Another homerun for the techno power stable Unrilis next and this time with the momentous Raffael Rizzi. This track is part of his forthcoming (pre order) Ep titled “Secret Combination” which is also includes a “Drumcomplex remix.  I really love how Techno meets pop esque on this one with its unexpected vocal use. It’s very unique sounding track for this area of techno and one that can cross the boundaries.

This is another less obvious pick from the latest Christian Hornbostel EP. The Ep is fantastic and titled LZ 30 and also features a huge remix from Skober which I haven’t stopped playing.  I pick this one because its very reminiscent of Richie Hawtins – Plastikman release titled – Spastik. Its similar in featuring lots of classic delayed drum patterns that just keep you absorbed throughout and intrigued.  Consider it a new modern digital interpretation of Spastik ready for the floors.

This is a big dynamic building in energy and floor commanding piece from Ace Alvarez. Its sounds powerful on the smallest speakers through to the large systems and keeps you locked throughout with modern techno transients.  Ace Alvarez is a NY bsed artist and one I will be continuing to check out even more. Its part of the ADE 2016 Special pre order EP on Unrilis sister label and track that was inspired from last years ADE.

This is the latest from the Dutch techno queen Shinedoe. Shindoe has been releasing varying styles of her own branded Techno for sometime. Sometimes she’s melodic, sometimes she’s more industrial but always consistent in quality.  There are 4 tracks on this Ep expressing her variants of techno but I’ve been pitching the more melodic 2000 and One remix. Its nicely worked with dreamscape padded atmosphere and great classic 808 style percussion.

Just has to be included, I love pretty much everything Tronic and Christian smith release and always play heaps in my sets. So this is the remixes part two from Smiths Awesome Input –Output album. Its features four selected remixes from a dream pack of Pig & Dan, Laurent Garnier, Drunken Kong and Shaded.  Whilst the whole pack is very good I’m featuring Drunken Kong once again for their purposeful club interpretation of the album track. It just rocks on a big system 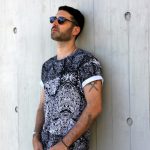 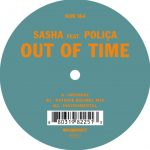