Intec is best known for being the label of Carl Cox, and 2019 has seen the imprint focus on the music of underexposed or emerging talent.

Finishing off the year with a release that fully embodies the last 12 months, this five-track VA includes cuts from a selection of artists on the cusp of big things.

Gaston Zani is one of the more notable artists on the EP have featured on Intec before, along with other well-respected labels such as Suara, Noir and AnalyticTrail.

Opening the EP is uhnknwn who recently dropped a debut on Alan Fitzpatrick’s We Are The Brave and sets the bar high with his impressive track on this EP.

Others like Jonno & Gibson plus Ferhat Albayrak, have been making waves on Christian Smith’s Tronic, and Riza Gobelez has worked with Ferhat Albayrak for releases on the likes of Pig&Dan’s Elevate.

Chris Count is back on Intec after last featuring on the label many years ago, and his loopy track is true to the classic style of Carl Cox.

Starting off dark and shadowy then lifting the mood towards the last couple of tracks, this VA transitions from dark to light, which makes it the perfect concept to bring in a new year.

You can order a copy from HERE 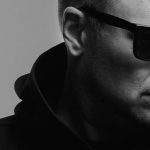 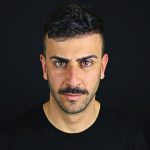