Chicago Loop has been making some big moves of late and is a name that’s set to blow up in 2018.

Tell Ant, tell us about you

Chicago Loop: Hi, I’m Chicago Loop. My real name is Ant Wilson, I’m 42 years old and I live in London, UK. I’ve been DJ’ing for 23 years and producing music for 20 years. I started out originally playing harder techno, acid and rave music in the early 1990’s in London’s illegal rave scene. I started a record label soon after, built a studio, released a couple of hundred records and ultimately capitalised on the growing global popularity of London’s hard techno and acid sound. I travelled the world constantly, spreading the vibe and the music for about 15 years, when I decided (for many reasons) I had had enough and wanted a new challenge and a completely fresh start.

So I started my Chicago Loop alias, which was around 4 years ago. It was very important to me to be seen as a new emerging artist, as unfair stereotyping and labelling can be very difficult to shake off, even when moving from one sub-genre to another. This is something I have witnessed a few times from different people trying to do the same thing. I’m not so precious about it nowadays however, since I feel like I’ve stamped enough of a mark on the scene, but at the beginning, it was imperative. I do enjoy some of the reactions I get from some of the younger artists I meet when they find out how long I’ve been involved in techno. The most common being, “how old?” It confirms to me I make the transition the right way.

Talk to us about your latest release and the inspiration behind it?

Chicago Loop: My latest release is out now on Funk’N Deep Records and it’s a remix of Danny Fontana and Lowerzone’s track called “Synonysm”. I suppose the inspiration with a remix is slightly different to that of an original piece, as you are more focused on creating your interpretation of somebody else’s work. With this remix though, it was super important to me to submit the best track I could at the time.

submitting the best track you can all the time is the ultimate goal to strive for as a producer but making music just doesn’t work like that sometimes. I’m a firm believer in quality over quantity and I spend a long time fine-tuning my music before submitting it.

But the unavoidable reality is that sometimes, some tracks are always going to turn out better than others. Even very consistent producers experience this. Anyway, this remix wasn’t going to leave the studio until I was super, super happy with it because labels like Funk’N Deep deserve nothing but an ‘A Game’ tracks in my opinion

Durtysoxxx puts in so much effort and energy into his work, that it should only be fair to have that ethos repaid. He is one of these people that are out to really try and change and mould the scene for the greater good by way of representing the artist more, something that a few influential people/labels/organisations are not doing and this is creating dangerous divides.

Sorry, I went off on a bit of a tangent then, but I felt it needed to be said and actually, that was this inspiration for me when creating this remix.

What’s the underground scene like where you’re based and how often are you playing?

Chicago Loop: I live in London, so there is a huge underground scene here that spans many sub-genres as I mentioned before. The UK is culturally known for so many great counter-culture movements (eg. punk, acid house etc…) and there has always been a good measure of subversive attitude that comes with it. Or maybe that’s just the way I think, hehe! The London scene is pretty healthy with clubs such as The Egg, Fabrik, Printworks etc hosting regular techno nights. The illegal warehouse scene is still going strong as well although admittedly, I don’t go so often anymore. There are lots and lots of smaller festivals as well emerging throughout the summer months that are featuring more and more techno on the line-ups, so over all, things are pretty strong here.

I’m playing fairly regularly, but I still accept that I have a fair way to go to match the level of bookings I was getting before I changed my name, but overall I’m happy enough with my progress. In the last couple of years I’ve been fortunate enough to do some great gigs here in the UK as well as embark on a Japan tour and Colombia tour as well as gigs in Austria, Poland, Czech Republic, France, Germany, Netherlands and Lithuania, so it’s slowly gaining momentum. I have a great agent/girlfriend who makes all this possible and it would be rude not to use this opportunity to plug her agency and the bookings address, hehe. Her agency is called www.loudbydesign.co.uk

As you were starting out again under a new name, how did you go about making contacts and what advice could you give new artists who are finding it difficult?

Chicago Loop: To get the releases going, I just cold-called a couple of people and submitted a demo here and there and it kinda started from there really. It was Paul and Rich (Spektre) who put out one of my first Chicago Loop EP’s on their label, Respekt Recordings. I sent them over a demo and they snapped it up straight away and they did a remix of the lead track. That release really helped get the whole thing kick-started as they themselves and their label are well respected in the scene, plus they’re really nice guys as well. I used that same method a few times for a few different labels and then started getting more and more EP and remix requests from others. If the tracks are solid, relatively consistent and unique, then the contacts should start coming to you. Getting DJ work is a lot more difficult and requires a lot more patience, but if the product is good, then the work will come in. I’m not a huge fan of social media, in fact I dislike it really, but now more than ever, it is so important to self promote as well.

Overall, my advice is to be confident and believe that if what you are doing is good, unique and stands out, then the work will come. However, being critical of yourself (and taking criticism from others) is just as important and don’t be afraid to accept that you might need to change and/or improve things if you are hitting brick walls all the time. If you are doing it because you really love it and are true to it, then you will always find a way to overcome the hurdles and the satisfaction of doing that provides more drive and confidence to get to the next stage.

Do you think the odds are stacked against new producers when it comes to getting gigs?

Chicago Loop: I do think it’s quite difficult to get gigs these days, but there are people out there that do truly respect the underground ethos and are willing to give emerging producers a chance. The game has changed so much since the early days and it was the one thing that stuck me the most when launching this new alias.

First off, back in the 1990’s to early 2000’s, you were booked primarily on your DJ skills and being a producer was a bonus and not necessarily essential. Yes, it helped if you were putting out records to get international bookings, but again, not essential.

My first proper paid international gig was in 1997 in Los Angeles and I got the gig after sending a cassette tape mix to the promoter. My friend knew the guy, but essentially, it was cold-calling and I got the gig and went back a few times over the years to play that event again and again, which then led to more work in the US.

Nowadays, for new artists at least, you will not get any bookings unless you produce and being fully creative with social media or having great online skills is now the bonus. Ok, so the technology is available to everyone now to be able to do this, but it has made scene full of millions of producers all looking to get booked. My personal opinion is to create a solid and consistent product that is unique and that will provide the best chance of success.

Which other emerging DJs or producers are you liking right now?

Chicago Loop: I’m really liking what Gary Burrows is doing. Straight off the bat, he’s nailed the sound totally, plus I’m a sucker for old school and rave sounds in modern techno (obviously!).

Chicago Loop:I’m using Traktor with 2 x X1’s and MacBook Pro. I’m considering the switch to USB’s, but I just really like the flexibility of being able to bounce around the track with Traktor and get that tiny bit more ‘live’ feel with it. It can be a pain in the arse to set up though.

Chicago Loop: Just more techno ultimately and Rachel is working on some more international bookings as we speak. I have some cool remixes coming up for Lexlay, Durtysoxxx and Anti Slam & Weapon as well as originals on Techburst, Throne Room and loads more, of which I can’t remember off the top of my head right now as I’m not in the studio and my memory is not what it used to be! 🙂 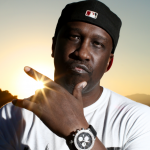 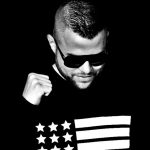