Starting out as a resident at The Tuesday Club and Tank, Cloonee has since gone on to play many of the UK’s finest clubs, not to mention debuting on the White Isle with a performance at the illustrious Hi Ibiza, as well as releasing on labels such as ElRow, Under No Illusion and Lost Audio.

1. Hi, thanks for talking to us today. Congratulations on your ‘Gospel EP’, for those that haven’t heard the release could you tell us a bit more about it?

Hey, no worries at all! Thank you very much, really excited to finally get this one out! So the focus of the track is this huge gospel style vocal that plays on its own in the breaks of the track.

I wanted it to be a peak time, hands in the air record and that’s exactly how it’s been going down in my sets and from what i’ve seen in videos I’ve been sent, so I’m buzzin!

2. This is the your first release on Lee Foss’ Repopulate Mars imprint, how was it working with Lee on this?

It’s been a wicked experience! Lee’s a super down to earth guy and is someone who I’ve looked up to for years now so it’s been a pleasure to work with him from start to finish. Also a massive shout out goes to his A&R, Nick. We swap tracks quite regularly and give each other feedback etc so he’s been a great help whilst also being really professional in how he’s handled anything I’ve sent to him!

Will definitely be looking to work with Lee and the rest of the team again soon!

Also a massive thanks is due to my manager Tyrone of JAHsongs who has been another massive help throughout the whole process in working alongside the Repopulate Mars guys!

3. 2017 was a breakthrough year for you with your debut EP on Elrow going straight into the Beatport tech house top 10. How has 2018 compared? And has your approach changed at all?

2018 has been a bit surreal to be honest with you. Coming off the back of 2017 I knew I’d need to up my production to keep my momentum going but I wasn’t expecting my tracks to get the amount of exposure they did. Every new record I’ve been teasing through my socials has just blown up and has put me in a really strong spot for next year as they’ve now been signed to some of my favourite labels!

I also signed with Fresh DJs agency a few months back, alongside Max Chapman, Shiba San and more, so it’s wicked to have my name up alongside people that I’ve been following since the start.

2018 on the whole though has been a foundation year for me I feel. Spent a lot of time making music and lining up releases, building my socials up and signing to an agency. Everything’s really in place for next year now!

4. You hold a 3 year long residency at Tank in your hometown of Sheffield, how have this residency fed your creative mind and shaped your musical sphere?

I’m actually from a place near Birmingham in the West Midlands, but came to Sheffield for uni. I’ve been here for the last 4 years now and owe a lot of where I am now to my time DJ’ing at Tank.

I started DJ’ing there on weekends and then transitioned to Monday nights which is a student night called Sunken which I am now also the event manager of. The brand is really strong at the moment and we’re selling it out every week which is nuts for a Monday aha! We’re looking to take the brand even further this year so I’m excited for my future alongside Sunken.

I think just spending that many hours a week behind the decks and in a club teaches you things you can’t learn any other way. As I DJ to students a lot who just love to go wild, I’ve learnt what parts of tracks really make a crowd get rowdy. I think that’s the main way it’s shaped my production style and also my choice of sample selection as I tend to make a lot of peak time records!

5. How do you view your local scene in Sheffield? Is there anything in particular you love about the city?

Sheffield is an incredible city, I absolutely love it here. The best way I’d describe it is like a friendly small town vibe but in a city.

The scene here is really diverse as well which I think is due to the amount of students that live here. There’s a massive range of venues, big and small, which bring some of the biggest acts in the world to the city. Literally all throughout the week there will be several events on all over the city, all with different music policies and crowds, It’s something which I feel makes Sheffield so special.

I don’t have any plans to leave anytime soon basically aha.

6. Away from your gigging schedule and making music, what else are you up to with your days? What’s your source of inspiration outside of music?

So I’m really fortunate to have secured a job within the events industry straight out of uni. I currently work as the City Manager for a company called Organised Chaos, we have 5 weekly events in Sheffield and have a spread of other events in 2 more cities. So I spend a lot of my time at events which are play completely different music to what I produce and also have completely different crowds to where I’d play. It was at one of our RnB events where I first got the idea to use the sample I did in one of my forthcoming tracks, “The Ciggie”.

My whole life pretty much revolves around my club nights and music in some capacity, which may seem like a lot but I absolutely love that my passion is also my work!

7. Finally, do you have any other projects in the pipeline for the near future?

Yeah so obviously I’ve got the Repopulate Mars EP up first, then “The Ciggie” is being released in November but the info is all under wraps for the time being (Sorry aha), Then I’m on Material in December with an EP and lastly I’ve just signed some music with a major label so expect to see a few releases and remixes coming early 2019! 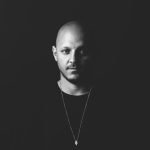 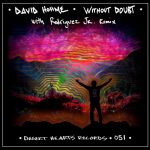