Desert Hearts Records is generally associated with bouncier, bassline-driven shades of tech house. That’s changed, however, with the landing of New York talent David Hohme’s “Without Doubt,” which came with a notable co-sign from Mobilee regular, Rodriguez Jr.

The track comes from a place of deep inspiration for Hohme, who noted its name paid homage to the fulfilling feeling of being on the right track musically. The entrancingly emotive number is filled with soft padding and luxurious, warm synth notes that work in tangent to elate the listener. Rodriguez Jr’s rendition maintains the ethos of the original, albeit a bit more on the crisp side, creating a spacier effect with clean harmonic slices and subdued percussion. Both versions feel whimsical and hypnotic; a refreshing addition to the Desert Hearts fold indeed.

Without Doubt follows a milestone signing for Hohme on Anjunadeep, where his Soft Landing EP put him on the list of names to watch. Grab a copy of the EP here. 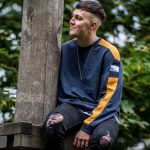 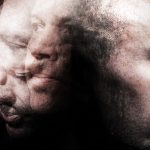