Lithuania’s best progressive artists Kastis Torrau and Donatello give us the lowdown on their free annual mix compilation ‘Report’ plus views on the Lithuanian underground scene.

Hi guys, 2017 has been another strong year for dance music. Tell us about your year and the things you’re both most proud of?

D: Last year was amazing, lots of gigs lots of traveling a little less time spent in the studio and more time for leisure. I hope 2018 will be even better because I have a lot of ideas spinning in my head that I brought back from different parts of the world I visited.

KT: 2017 was a strong year for dance music indeed. We had a strong and productive year as well. Basically that was the main task for us – to focus on production and improve on sounding. Of course we do not missed a chance to do a DJ gigs in new unseen places and to meet new faces.

You’ve been DJing and working together for a long time. Can you explain what makes the partnership in the booth work? And yell us about your DJ setup when you’re performing in clubs these days?

D: Yes, years go by quick, it feels like we’ve just met at some party which took place more than 15 years ago. At first we both wanted to become successful Dj’s after that came the urge to have our own series of events, to produce music and have a studio to do it at, now we are both heading down that road. We are not only a duo “Kastis Torrau & Donatello” but are two different artists as well, with our own and different views on things. No need to hide that our different views are getting much easier to notice with each year gone by, but we are moving forward and there’s no stopping us.

KT: Undoubtedly, common goals and dreams keeps us together, perception and feeling of music keeping us connected strong and of course friendship last twenty years.

You’ve made a special 2 hours REPORT mix to celebrate 2017. Can you tell us what’s special tracks are included or what people should look out for?

D: So this year we decided to spice things up and change our annual REPORT compilation. It became longer, we used a lot more never before played and unreleased tracks, completely the opposite of previous years. We decided to throw the CD format out the window and only have it on a digital format. Everyone who wishes will be able to download the mix second week in of January. The mix consists of 22 tracks where you will find a huge variety from mellow to high energy tracks so it should attack a larger crowd of listeners. It was a difficult task to fit everything in those two hours but we tried really hard to pic what seems to be the best at this time.

KT: As in all “Report” mixes before and in this one as well we made a few very special “re-works” for legendary tracks which we consider it worthwhile to be re-worked. It’s also very important to mention that almost 60% of all music in this mix is unpublished and unreleased and will be released later in year 2018 on our own label.

Talk to us about Lights Out – we reported it’s finally becoming a label earlier this year?

D: There’s only a few legal matters left for Lights out to come to life. For quite some time we had our first EP ready, which will out as our first release. It is mine Kastis Torrau and Arnas D collaboration

KT: That’s right! Lights Out finally is becoming a record label after long time being only a radio show. First releases will come later in year 2018 with original tracks from our own. In future we also plan to invite producers which meets our sounding and wants to be part of Lights Out label to release originals or remixes.

Can you tell us what the underground music scene is like in Lithuania right now? Where are the best clubs to play in the country and how often are you playing? Is Progressive House more popular now?

D: Lithuania’s music scene is constantly changing and I believe it’s a good sign. All the new music styles that are coming out shows that there’s culture, people are interested and are coming out to party. Considering what a small country Lithuania is accordingly world known names that come to play are much smaller, which is not bad most important that the scene is alive and moving forward.

Progressive today in Lithuania is much smaller than it was 5-10 even 15 years ago when it reached the highest pinnacle of its fame. It was new and hot now it’s a norm, people have discovered many new genres and styles which fought its names led by the right promoters and artists. Today I play 1-2 times a month in Lithuania. I do my regular events and bring artists from different parts of the world who bring their own and different styles and groves and open new doors for our Lithuanian crows.

KT: When we say that we have “ups and downs” so now Lithuanian underground scene has a bit down trend. But for sure you always can find alternative to throw a special party when you have what to show for your audience. Progressive House was and still is popular in Lithuania and other eastern countries.

How supportive are Lithuanian promoters when it comes to promoting new talent and which names should we be looking out for?

D: In Lithuania, everything is shared among the groups we have set up for the community. Because the country is small, the market is small and the amount of artists that want to become known is so large they can really help them very little and are often more interested in they own affairs than finding new talent. I believe the most straightforward path to recognition is creativity. When people start to listen to your sound, promoters jump on new artist that produce it.

KT: Lithuanian and other promoters as well are really pragmatic these days 🙂

Can you tell us about your views on the dance music scene?

D: Dance music is a wonderful thing, I cannot imagine my life without it I cannot imagine the world without it. It is very difficult to predict what will be the sound of tomorrow in this industry, only one thing is clear people have always wanted to have fun they want to have fun and they will always want to be entertained. Music is always evolving, changing and sometime good old grooves come back to life after years of being in the shadow. For example i’m going crazy for acid sounds. At times I can’t even put it to words what kind of feeling this sound produces on the dance floor.

KT: We live in technical age and progress is inevitable in all industries with small exceptions. The electronic music industry has changed a lot and in future it will change even more and faster. New technologies and new possibilities are just around the corner.

What’s the most important lesson you’ve learned from this industry so far?

D: It seems to me that the most important thing is this industry is tolerance for each other. This is very important not only in the music industry but also in life in general.

KT: Behave and treat people in the way like you want to be treated, be natural and don’t cheat.

What new stuff can we expect from you guys soon

D: For 2018, I have a new remix for Olivier Weiter and Alex Preda track called Moods. If I had to describe the original track in one word it would have to be “WOW” I will try to keep up with the remix as well. Speaking of our plans for this year I must say it will be dedicated to our LIGHTS OUT label, new production remixing and new artists who fit our label sound.

KT: My soonest release is on 8th of January on Click Records label we are working a lot with. After that I have a release with my remix on Movement Recordings and what is most important our own label “Lights Out”. 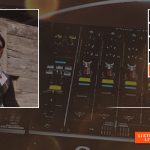 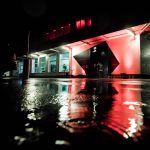