Made Event, the producers behind Electric Zoo Festival, has released the lineup for ELECTRIC ZOO: EVOLVED.

Look out for even more acts still to be announced, with names spanning from that of the underground world to scene stealers from all over the electronic dance music circuit. ELECTRIC ZOO: EVOLVED will be the event of the year featuring world-class DJs, mind-bending production and stellar art in the heart of New York City.

Electric Zoo was established in 2009 as one of the Big Apple’s premiere electronic music festivals. Since that inaugural year, the weekender has evolved into a grandiose party boasting both burgeoning artists and global sensations such as Marshmello, deadmau5, Tiësto, plus many more. Over the years, Electric Zoo has brought its rambunctious soiree across the globe to international locations of the likes of Shanghai, Tokyo, São Paulo and Mexico City.

From its earlier trek through the urban jungle, to exploring the colorful land of Wild Island, and capturing the essence of the heart of NYC with The 6th Boro, ELECTRIC ZOO: EVOLVED celebrates the festival’s metamorphosis in an outstanding way. 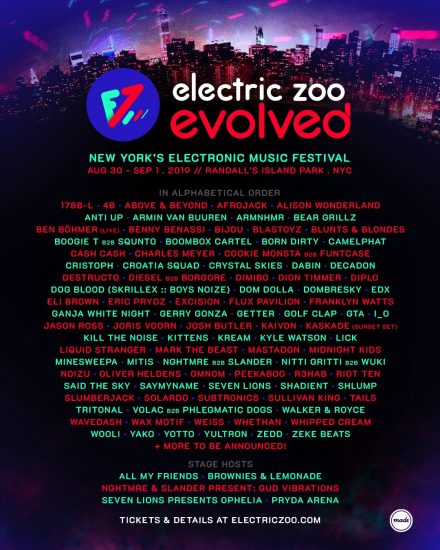 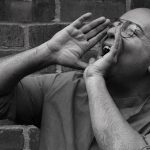 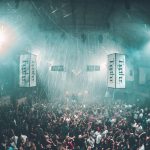