Ukranian based live act Spornick are first in our new roundup of emerging artists, we’re waiting to hear more from.

Hey guys, where are you based and how did you first get hooked on dance music?

Hi! We are located in Odessa, Ukraine.We came to electronic music in different ways, for example, Lana studied piano at a music school for 10 years, and I did break dance.

What’s the scene like where you’re based and where’s a hot place to play?

If we look at Ukraine as a whole, now in my opinion the scene is on the rise. There are new names, a lot of cool different events are taking place – like a recent Boiler Room. As for Odessa, in terms of trends, here you can feel some remoteness of the city from the capital. But the potential is huge – thanks to the guys from Ezoterika and Sonar Fabric, the local scene is starting to come alive.

Now we are inspired mostly by old music. It could be techno, electro, EBM, industrial, and even something from an old disco.

I would not like to focus on music style, it’s very shackling to us. Our philosophy is simple – do what you like right now and not be afraid to express yourself.

Talk to us about your latest release on Feinkost Records

These tracks were written about a year ago, we bought the old Soviet organ “Solaris” and just jam with it. As a result, the tracks turned out well!

We play live using a laptop and a few midi controllers. Now we are planning to completely change the setup, maybe add some of the analog devices.

Now we plan to sit in the studio to engage in production, and simply post the results on our page in the soundcloud. 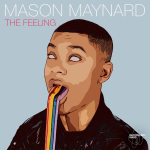 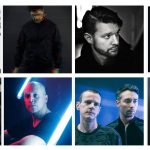