During his long 20 year tenure, Gel Abril (Roy Brizman) has worked to be regarded as one of the most coveted underground DJs/producers to emerge from Tel Aviv’s electronic scene…

A distinguished veteran of numerous legendary clubs and gatherings, there isn’t a major venue on earth that hasn’t appeared on Gel Abril’s extensive touring schedule.

In a competitive market of global DJs, Abril’s distinctive blend of tech house and metallic-groove consistently enchants the hearts of listeners, transcending the boundaries of formal genres. Always acknowledged for his unparalleled diversity behind the mixer, his sets are both bold and inventive.

Described by music journalists as a “unique species of an artist”, so far, this determination could not be more accurate for the endearing record selector. 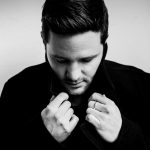 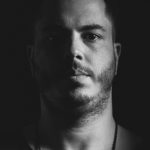