After the huge success of its last edition, EPIZODE, one of the world’s most exciting music and art festivals, will be making an epic return to Vietnam’s island of Phu Quoc for its fourth edition from December 27 2019 to January 7 2020. Once again set to capture the visitor’s imagination, the 11-day spectacle will present a non-stop programme of art, daytime activities and the grooviest electronic music, while connecting the West and the East by bringing the global music legends, together with the best regional talents. The first lineup reveal features international heavyweights such as ANJA SCHNEIDER, APOLLONIA, CRAIG RICHARDS, GUTI, LEHAR, LILLY PALMER, LOCO DICE, NICOLAS LUTZ, RICARDO VILLALOBOS, wAFF and WILLIAM DJOKO! They will be accompanied by the most thrilling international and regional artists, such as ABELLE, DOTT, MASHKOV, OUISSAM, SOFIA RODINA, SUNJU HARGUN and TYOMA. Keeping in line with previous editions, Epizode⁴ will be held at Sunset Sanato beach that will be expanded this year, giving festival-goers more to explore. The festival became the winter get together of ravers, travellers and industry people, solidifying it as the best place to start the New Year.

Epizode⁴ is a carefully curated 11-day cultural extravaganza that runs round the clock, and boasts an array of intricately decorated stages, art installations, iconic sunrise and sunset parties and engaging daytime activities. This special atmosphere unique to EPIZODE has gained wide-spread acclaim amongst critics and festival-goers alike. Phu Quoc itself is famous for its turquoise warm sea, white sand beaches, lush jungles and hypnotizing sunsets, as well as for its international airport and growing infrastructure. With these elements combined, Phu Quoc makes it a picture-perfect destination for a crowd hailing from 80 countries around the world, seeking a life-changing experience.

Techno lady ANJA SCHNEIDER, will be making her debut at Epizode while bringing her mesmerizing DJ set. After last year’s Boiler Room performance at Epizode, the French supergroup APOLLONIA will be back to enchant the crowd with their back2back2back spectacle. Epizode⁴ will welcome Fabric London’s legend CRAIG RICHARDS as well as the famous Argentinian performer GUTI, Diynamic artist LEHAR and up-and-coming Swiss star LILLY PALMER. Furthermore, Phu Quoc’s beach will be buzzing from the sound of Desolat head honcho LOCO DICE and DJ wizard NICOLAS LUTZ. Legendary RICARDO VILLALOBOS will bring his magic on the decks back for the third time, accompanied by the funky grooves of Cocoon star wAFF and the playful rhythms of WILLIAM DJOKO.

Leader of the iconic Russian art collective Arma17 and the hottest new club Mutabor – ABELLE, Moscow’s System 108 label founder MASHKOV and emerging techno princess SOFIA RODINA, will ignite euphoria with their acid-laced house and techno, while TYOMA, Epizode General Producer and Russia’s highly-acclaimed pioneer in electronic music, will keep the audience rolling with his signature sounds. Representing South East Asia will be OUISSAM, owner of Hanoi’s Savage Club and Berghain regular, while Thailand’s SUNJU HARGUN and DOTT will be flying the ASEAN flag.

About EPIZODE
EPIZODE is a music and art festival held at Vietnam’s most picturesque island getaway, Phu Quoc. The 11-day long festival kicks off after Christmas and ploughs through the hustle and bustle of the New Year. Over the last three editions, the festival has successfully featured some of the biggest electronic music headliners including the likes of Carl Cox, Ricardo Villalobos, Loco Dice, [a:rpi:ar], alongside some of the most prolific talents in Asia. In 2019, attendance rates doubled from previous years, with more than 10,000 people from 79 countries. In only three years, EPIZODE is already recognized as one of the most iconic electronic music festivals in Asia. It is also touted as one of the best NYE music getaways that gathers ravers, industry folks and avid travelers in a dreamy environment equipped with an unparalleled music selection, combined with
next level production and in artistic setting.

EPIZODE Festival is organized by Moscow-based holding company Sagrado Corp. Their active portfolio includes managing all event venues and entertainment projects in Moscow, co-organizing the cultural program of the international Expo in Astana and coordinating the
tours of numerous DJs and musicians in Moscow, such as Solomun, Wu Tang Clan, Carl Cox, Tiesto, Sven Vath, Luciano and W&W. 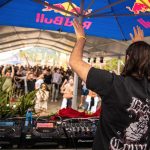 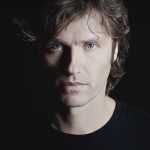