Wow. Picking out 5 performances when so many of the DJs absolutely rocked the joint at EXIT is something of a task. That’s why, we decided instead to focus on 5 streams that we thought were absolutely brilliant. Even though we attended, there’s something about watching back the videos that makes you appreciate even more that you were a part of something really special. Of course, this is why we dedicated much of our time to the Dance Arena, a place where you really can lose yourself for a couple of hours amongst a mountain of positivity, incredible people and world-class music. While we were lucky enough to make it to EXIT (and you should start planning 2020 now we reckon!), for those of you unfortunate enough not to join us, we have counted down what we reckon are the best few streams of the past few days in Novi Sad, Serbia. It doesn’t quite match up with being there, but it’s definitely the next best thing. Grab your headphones and turn it up LOUD… here are the top 5 streams (in our humble opinion!) from EXIT 2019.

One of the hottest DJs on the planet right now, Maceo Plex continues to impress thanks to a musical modus operandi that weaves between tech-house, techno, house, disco and everything in between. From that perspective, his presence at the Dance Arena was a suitably timed one as he really is a man at the height of his powers right now. Blasting out acapellas from the likes of The Orb’s classic ‘Fluffy Little Clouds’, he also made time for one of his own tracks, ‘Mutant Tones’ on Ellum and Dense & Pika’s raucous reshaping of Paul Woolford’s ‘Erotic Discourse’. Little did we know it then, but the best was still to come from the Ellum boss!

Anyone who says Paul Kalkbrenner’s live show lacks variation clearly hasn’t encountered the Berlin Calling star in his natural habitat. His live show is as dexterous and full of wonder as any of his contemporaries, and he proved it again with a host of new material as well as a range of classics. Full of upfront techno and melancholy beats, the highlight still was ‘Sky & Sand’. After all this time, it’s still a track that works perfectly at festivals. Kalkbrenner might never produce anything as emphatic again in his life, but when the results are this good, who cares?

What more can be said about this match up? Arguably the biggest DJ in the world right now going up against the biggest contemporary DJ duo. Did sparks fly? Did they what! We’d have liked a longer stream here, but this 5 minute highlights reel should give you an idea of what went down.

A woman with a penchant for almost excessive techno sounds, Amelie Lens’ set was full of punchy vibes from beginning to last. Not one for the faint of heart, it closed the festival amongst a flurry of killer vibes.

There could only be one real winner here for set of the weekend. Maceo Plex b2b Coxy isn’t an obvious one on paper, but holy god did it deliver! We won’t spoil the fun too much, but check out their set above for an array of top drawer techno bombs. A set for the ages that is sure to go down in EXIT folklore.

Not had enough yet? Check the official EXIT after movie to recap on a marvellous few days! 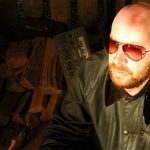 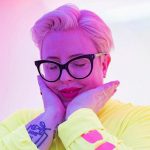