One hundred, we did it. This June, we are celebrating the 100th issue of our monthly published FAZEmag – even if we had wished for better circumstances for our anniversary issue. The last few months have not been easy for any of us in any way. The corona crisis has hit us with gusto and is leaving its marks. With the cancellation of all club events and festivals, we have not only lost important subjects, but also many advertising clients.

All the more reason for us to be pleased with finalizing our 100th edition, including many interesting topics as well as a wide range of content around our anniversary.

FAZEmag 100 will be published digitally on the 1st of June with the print version following on the 7th of June.

The story of FAZEmag began in late December of 2011. The first issue was published in March 2012, with Ricardo Villalobos on the cover and an included DJ mix by DJ Hell. In addition to the print magazine, we also established a website

named www.fazemag.de which is providing daily news, interviews, event tips, charts and columns about electronic music.While the main office is based in Wuppertal, we are also operating a second office located in Cologne.

On Friday, 6 June, there will be a three-hour special broadcast on sunshine live between 7 and 10 pm about the 100th edition of FAZEmag.

We are delightfully announcing that our TV format, FAZE TV, will return after an intermission of more than three years. The contents of our weekly shows will be disclosed soon. Stay tuned! 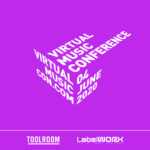 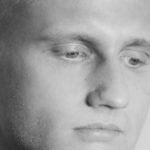