Selador’s final release of 2015 sees British duo Framewerk making their debut on the label, accompanied by hard-hitting remixes from Quivver and Sasha Carassi.

Framewerk’s original version of ‘Feel You Hold You’ provided the closer on Dave Seaman’s recent ‘Beyond Borders’ mix, and it pitches chopped up vocal samples (I’ve already speculated about what’s sampled, and so I’ll leave you to make your own guesses), paranoid pads, and occasional rippling melodies against a wall of bass that hits home after the breakdown.

Quivver was responsible for Selador’s strongest track this year with the awe-inspiring ‘Everything Remains the Same’, and it’s clear after just 30 seconds that he’s turned the ‘badass’ dial up to 11 again for this remix. The percussion is beautifully crisp, the bass parts effortlessly compelling and thrilling, and Framewerk’s vocal clips and musical parts are really effectively utilized, particularly around the middle of the track. Wicked stuff, for sure.

Sasha Carassi wastes no time on his remix, immediately laying down some heavy perscussion and a punchy, relentless bassline, before teasing in one of Framewerk’s distinctive hooks, and building towards the breakdown with metallic hi-hats and fluttering hand-claps, and unleashing a furious drop for good measure.

Framewerk’s other track is a reimagining and remake of Dee Patten’s ‘Who’s the Badman?’. There are some lovely driving and squelchy acidic sounds, as well as a spiky stringy take on the original’s simple hook, while the principal nods to the original mostly come from the distinctive vocal samples and breakbeat loop that dominate the breakdowns. I really like the acid lines on this, but overall it didn’t really do it for me – I was ever really a fan of the original record, and I probably would have preferred Framewerk’s track if they’d just given us a new 303-led workout based around the same ideas.

There’s lots to enjoy on this package from Selador and Framewerk, but it’s Quivver’s remix of ‘Feel You Hold You’ that dominates here, for my money at least. 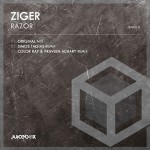 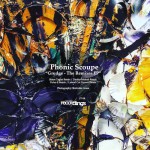