We all know inequality has always existed in dance music yet more and more artists are starting to talk about it. Emerging techno producer Gaston Zani shares his thoughts.

Hi Gaston, tell us about you

Gaston Zani: Hi my name is Gaston Zani, I’m 34 years old and I was born in a small town in Argentina called “Chos-Malal” but my family and I moved to Spain when I was 10 years old so I grew up in Spain, I’m currently living in Barcelona for 1 year after 5 years living in London, I have been producing for 13 years already but when I started in 2004 I was into a more “progressive” stuff with another AKA, after many years I felt like I needed a change and a new motivation and I found on Techno all what I needed to feel myself motivated and I took the challenge, then was in 2014 when I started to produce Techno music, style that quickly got me engaged with those really low end frequencies, deep bass lines and heavy kicks which I found really interesting. Since then I was proud to work with very well respected Techno labels such as Intec Digital, Agile Recordings, Bitten, Transmit, Phobiq or Toolroom.

Gaston Zani: At the age of 14 I discovered a Spanish radio show called “World Dance Music” and I felt the attraction for those electronic sounds of the time listening to 2 or more tracks sounding at the same time blended together, was a discovery for me and since that I knew that was something I would love to try out… One day I took one tape recorder that my father had and that tape recorded had a pitch control and built in speaker, so I played a recorded cassette that I found in my room while the radio show was live so somehow I managed to mix perfectly both tracks and that was the beginning of something that made me feel very good and that I had qualities and skills to make it possible wit vinyl and turntables if I could practice. I felt in love with mixing.

Gaston Zani: When I was only 18 years old I got my 1st official gig in a small club called “Game Over” in La Puebla de Hijar, Teruel, Spain, I remember my dad took me to the club that was 2h away from my city as I didn’t have driving license yet… all my friends were there supporting me and I have to recognize that I was pretty nervous but all went perfect that night and the club owner offered to me a residence there, was a big experience, and since that day I was DJing for about 3 years making more than 6 hours vinyl sets every weekend.

My first experience with a DAW was with Fruity Loops that I don’t really remember which version was but one friend had it and installed on my PC, I remember was not so difficult to play with it by making samplers and start to build some ideas from loops, but I wanted to try something more professional so I got a copy of Cubase and Reason, was not easy for me to understand properly how those DAWs work and it was a bit frustrating to see that I was not able to make something close to a track, was complicated but I contacted a guy called Oscar Goñi that was one of the best melodic progressive producer and he taught me how to do it, then when I moved to Techno I made some courses with David Pen, Rober Gaez, Hosse, D.Ramirez and few master classes more that helped me a lot to rise my level of production and find the way to make the sound I was looking for.

Gaston Zani: My latest release is not other than my debut on Carl Cox’s Intec Digital with an EP called “No Sense” that I made in collaboration with my friend Nuria Ghia which includes 2 tracks and was our 1st collaboration ever together. We both have a similar style and after a chat we decided to join forces and see what we would be able to do together, our inspiration an idea was to make something overwhelming with a dark touch accompanied by catchy synths, the result couldn’t end better as we got those tracks signed by one of the biggest names of the industry. I have to thanks Carl Cox and Jon Rudell for trusting on our work and giving us the opportunity to work for Intec Digital. A dream come true!

Gaston Zani: Here in Barcelona the scene is very active with a large list of great clubs and where you can find quality parties and TOP names nearly every day of the week, with no doubt Barcelona is one of the most important cities of electronic music. I feel so lucky that I have regular gigs in Europe where you can find me performing regularly in Amsterdam, Lisbon, London, Barcelona and Mallorca among other cities.

What really pisses you off about the scene right now?

Gaston Zani: I could name few things that piss me off but I’m trying to think only on positive things and believe that anything could be possible… but to tell you something that I find unfair in the industry is that nowadays talent is not enough to get recognized or well known, you need to have a lot of money to invest on your career, is more effective and makes all easier so sometimes is not about how much you work on it but how much you invest on it. So many good talented artists are unknown for that reason while other with no much talent but big amount of money are rising faster and reaching TOP positions. But is something we have to deal with every day.

Gaston Zani: Many of them really… but nowadays you can find very often on my sets names like Sam Pgannini, Dense & Pika, Matt Sassari, Ramiro Lopez, Andres Campo, Reinier Zonneveld, Skober among others.

Gaston Zani: Producer side: Get signed by Carl Cox on Intec Digital, DJ side: Been Pacha London resident for 2 years

Gaston Zani: I will keep working hard and focused on my sound trying to deliver high quality stuff, I have big projects and collaborations on the way that I can’t wait to share with all of you, some of them will be my new EP in collaboration with Matt Sassari that will be out in Boris’s Transmit Recordings in October, a new single in collaboration with Oscar Aguilera on Sasha Carassi’s Phobiq and my solo EP on Bitten Records. There is a lot to work on still but step by step I’m getting where I want to be and so far all looks good to me. The best is yet to come. 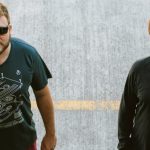 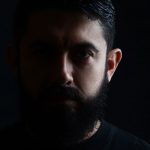