Gero Jansen kicks off a new year of releases on Carl Cox’s Intec with his first solo release on the label, after previously contributing a remix to the label when he reworked a track by Harvey McKay.

Based in Germany where he has been DJ’ing in his home city of Karlsruhe since the ’90s, he has also been working with other labels including BluFin and Cristian Varela’s Pornographic Recordings.

Carl Cox and his label partner Jon Rundell are respected and known for pushing the music of artists both new and old, so it’s fitting they should start 2019 with a release that shines a light on an underexposed talent who will no doubt use this EP as a spring board to kick start a successful year.

Before turning his hand to electronic music Gero Jansen was first a musician playing as part of a band, and his understanding of song structure and chord progressions can certainly be heard in the high quality of his techno tracks.

From the two tracks on the EP titled “Changing EP” we have been honoured with an exclusive first play premiere of the second cut “Hypnotic”.

Hypnotic does exactly what it says on the tin with its hypnotising pulsations that are pushed forward by explosive percussion and a high velocity clap rhythm, which has all of the dark atmosphere and dance floor intensity that fans of Intec have to come to expect. 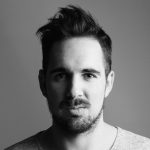 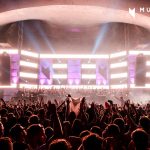