Motek‘s vision was conceptualised one morning after the night before in 2012. It’s aim was to showcase international acts in intimate spaces across London’s underground. They wanted to create an environment free of the usual bullshit associated with nightlife – No bossy bouncers, no bitchy door girls, no overpriced drinks, no velvet ropes.

As Motek quickly grew into one of the most respected club nights in London, the Motek team knew that something had to be done to grow the brand abroad. There have since been events in the US, Canada, Austria, South Africa, Mauritius, Norway, Germany and Slovakia.The international events weren’t enough though and after some deliberation in 2012 the label Motek Music was born. Let’s dive into the success story of this label.

What inspired the decision to set up your own imprint?

Motek started out as a party promotion originally across London. It was always part of the plan to start the label eventually as the natural next step when the time was right. We wanted to make sure we had grown a base following and roster of artists through our events to enable a strong start to the label side of the business. This has allowed us to spread our parties worldwide.

You have worked together for a long time now, what makes the partnership work?

I think we are into the same core type of music which makes it easier but within that we all have slightly different preferred styles which helps keep things interesting and fresh with the music we sign.

We also all have different roles and strengths so we can get on with our own sections without getting in each others way. No doubt, we are democracy so as there are 3 of us, if two vote one way then that decisions stands and is agreed. And we all trust each other to work in the best interest of Motek as it all began out of the passion of partying and DJing to House music, so with that it is hard to go wrong.

As producers you have a special style, does Motek have a more refined sound, and how would you describe the genre released via the imprint?

Our mantra is ‘Never Ordinary, Pretentious or Mainstream’, so we work from that. We enjoy a wide
range of underground music, from more Techy releases to Melodic and Deep Techno. We are also moving into releasing more Breaks based works too. So essentially the music we look for has its own uniqueness and doesn’t sound like every other track released in that style, has either good danceability or is artistically interesting.

Could you list some of the artists who have featured on your label, and highlight any talents who you have been really excited to sign music from?

We have had some great artists so far including Ruede Hagelstein, Shall Ocin (Paneoh), Martin Landsky, Namito, Eric Volta, Forrest, Superlounge, Markus Henriksson (Minilogue), Louie Fresco, Miguel Puente, Jonas Saalbach. We are excited to sign all our artists. They all bring something different so is hard to just pick one or two.

Can you give us your three favourite Motek releases to date and why?

‘All On Me’ by Superlounge ft. Forrest has a great lineup of remixers including Eric Volta, Kosmas & Hands Free and Maher Daniel and all tracks are beautifully constructed. It is to date our only vinyl release as well.

‘Billion Years From Nowhere’ EP by Speaking in Tongues. We were the first label to release these ultra talented producers from LA, with the two trippy and hypnotic after hour tracks. We get really excited when we discover new unknown, but very high quality artists and Speaking in Tongues have gone from strength to strength since that first release.

‘ATOMS’ remixes EP. The original, from our label favourite Stevie R with the help of CERPINTXT and incomparable Shawni on vocals was an absolute bomb. And the remixes EP, released last year, really took the original to the next level. Ron Flatter remix provided with a dancefloor bomb. Ruede Hagelstein gave us his take in his unique hypnotic style and our friends, Chapter 24 label honchoes VVerses gave the original some breakbeat treatment, which really goes down a treat on the dancefloor. Hard to pick the favourite out of the 3 remixes!

So what’s coming up over the next few months on Motek? Do you have any of your own music lined up for an EP?

Well our latest release is a compilation called Uncharted Waters. It is the 3rd stand alone compilation we have done and we are very excited at how it has come out. We have some amazing music from a group of very gifted artists. We wanted something that covered the diverse sound we like, so from straight up Tech all the way through Deep and Melodic to Breaks.

It took quite a while to curate the selection but was worth it. Then we have Italian duo Turbokitchen which includes remixes from Marcus Sur and My Favorite Robot. Andrei and Matt H have a breaks release they have made coming soon as well.

Outside of the label what else do you have in store for the coming months?

Alongside the continuation of the label we have a new arm to the Motek brand, recently starting our own publishing company. We are looking specifically at underground music signing artists and labels. It’s early days but going well so far.

We have been privileged to have the opportunity of putting on some great showcases in fantastic venues. So moving forward we are looking to keep up with showcases around the world and involve as many of our artists as possible. We also aim to bring back some of our bigger parties again when we have time around our label work. 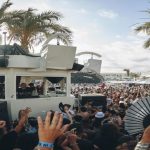 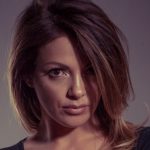