Haze-M is a DJ and a producer, from an early age it was clear that no style or genre would fit him. He never stops looking for a new sound.

Haze-M is an artist from his own universe, straight out of the silver screen, he got stuck into a world of images and trained in cinema just so he could play his own electronic music; then, after years on stage Haze-M finally broke through and stamped his mark on the electro scene both in Tunisia and worldwide. He is now amongst the greatest sound producers of his generation and his tracks are played by some of the best DJs out there. DJs like Tale of Us, Solomun, Richie Hawtin, Maceo Plex and others. Haze-M knows where he is headed. He dreams only of shining beyond the standard borders and lives in this universe. His tracks are fed by his creative energy and this is what makes them so diverse, rich and full of profound rhythm. These things are all very clear in pretty much everything he produces. Today you could say that Haze-M is creating and developing a strategy that, in itself, allows him to attain his goals

His most recent EP is on Beatfreak Recordings, and we have premiered “Reflexion” which is one of the three original tracks. We also caught up with Haze-M to discover more about the new release….

Hi Hazem, can you start by telling us about yourself, and how you first got into electronic music?

The first experience I had with music software was on (FL Studio). I didn’t know anything about electronic music, its styles or genres. I was just experimenting and making ideas. I was fascinated by the software, I had the ability to create sounds from my fingertips — it felt awesome! Really, that’s how it began. I didn’t plan to be a DJ or producer but it happened naturally!

Could you talk us through your new track “Reflexion”, and the EP that it features on?

“Reflexion” is my favourite from the EP, I did this track in a moment of reflection, when simplicity its powerful, fewer elements for more space, a track that is a movie for me. Always I start with a kick and bass till I reach the satisfaction when I can hear that endless groove without getting bored of it, I’m always seeking for that dreamy melody something special something you are going to remember. I use on this track my Dx7 for the bass, Tr8 for the drums, Hive for arps.

“Yellow Sky” featuring Süha: one session track jamming with Suha Chaouachi on the studio this summer. The idea was…. There was no idea it just happened in the moment, I create a beat, a bass, she sings.

“Skip” is my funky side. It’s clear for me now after all these years of production I come to the conclusion that music is too simple. Also, I would like to say that in the EP there is a great interpretation of my track “Yellow Sky” Feat. Süha from Julian Wassermann.

How did you meet the team behind Beatfreak Recordings who are releasing your new EP, and is this your first release for the imprint?

It was early 2018, I did a remix for Beatfreak Recordings then I release Addiktive Cikle EP together with Betoko. Also had the chance to meet D-Formation and the label manager Teddy on the ADE 2018 Beatfreak ShowCase, and play along with the team. It was a fantastic journey!

Every release has its own excitement and expectation, I’m already proud to be part of Beatfreak as family. The release on Eleatics records with My track Advika, there was heavy support from Solomun on that release…

DJs like Tale of Us, Solomun, Richie Hawtin, Maceo Plex, Joris Voorn.
I can definitely say I was very influenced by Nicolas Jaar and Stimming and enjoyed listening to their discography for personal enjoyment and inspiration in my production.

What’s next in your schedule after the Reflexion EP release hits stores on the 16th of December?

Next release is going to be on Ritual.

I love this job. 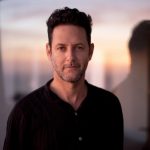 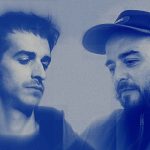