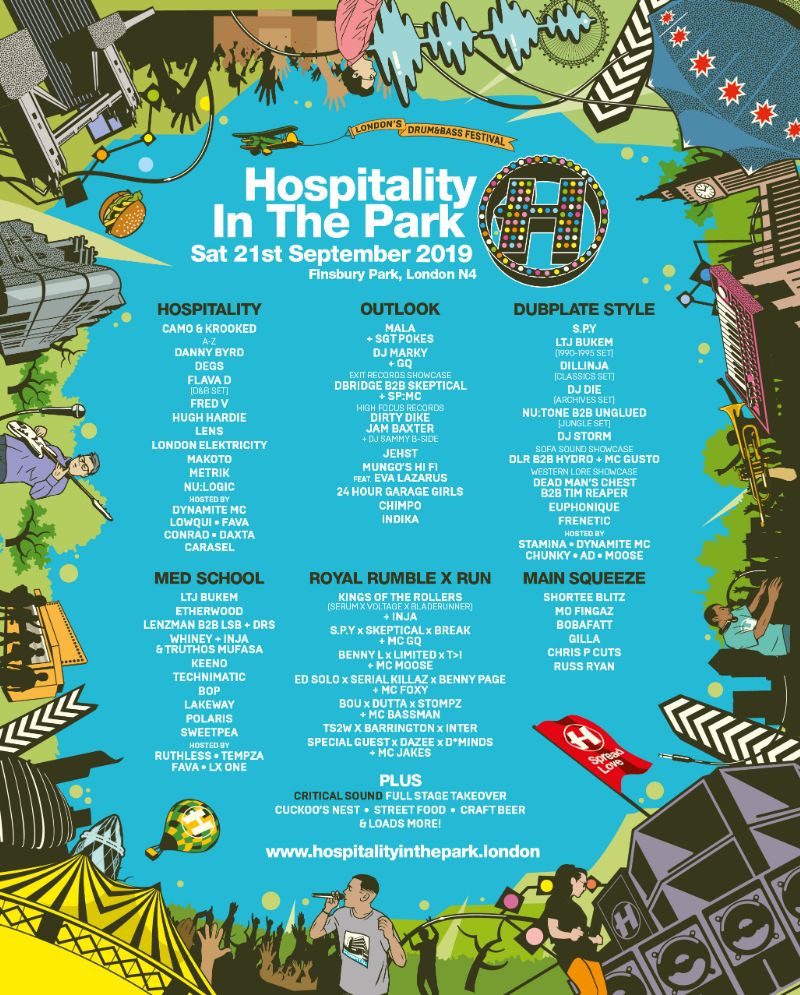 The UK’s biggest celebration of drum and bass culture, Hospitality In The Park, is set to make a triumphant return to Finsbury Park, London on Saturday 21st September for the fourth consecutive year. Awarded with the ‘Best Festival’ accolade at 2018’s Drum & Bass Awards, the event garnered a reputation for crafting an ensemble of the finest array of bass-flavoured talent, with the launch of this year’s festival no different.

The festival has enlisted some of the scenes most respected DJs, producers, MCs and promoters including headliners dubstep pioneer and Deep Medi founder, Mala, Camo & Krooked (DJ Set), LTJ Bukem, Kings Of The Rollers who will be presenting a full stage of their Royal Rumble showcase, featuring nothing but B2B2B sets, plus S.P.Y, who will also be curating a full stage of his own jungle driven event and release series ‘Dubplate Style’, Etherwood and Hospitality head honcho, London Elektricity. Also announced are sets from the likes of BBC Radio 1 resident Danny Bryd, newly solo drum & bass royalty Fred V, and a special D&B set from Flava D all taking place over the Hospitality Stage.

With further arenas at the event courtesy of the likes of Outlook Festival, Dubplate Style, Med Schooland Main Squeeze, the 1-day festival has set the bar high. Exclusive sets were rife in previous years and 2019 looks no different with a range of rare sets from the likes of Dillinja (Classics set), DJ DIE (Archives set), plus Nu:Tone B2B Unglued (Jungle set). Further acts revealed include DJ Marky, Lenzman, LSB, DJ Storm and Jehst, plus a triple threat of B2B2B sets over on the Royal Rumble x Run stage with the likes of Break, Skeptical and S.P.Y joining forces and a High Focus Records showcase with UK hip-hop supremos Jam Baxter, Dirty Dike and Sammy B-side.

Hospital has proved a major player in the game now for twenty-three years, and the label has evolved into a wide-ranging global event brand with three sold-out Park editions under their belt and selling out London’s biggest venues including Heaven, Building Six, Fabric, Studio 338 and Brixton Academy. Sure to prove one of this year’s most in-demand events, Hospitality In The Park is a 360-degree celebration of some of dance music’s most diverse and exciting offerings packed with unique, high-end production and sound design, plus a hand-picked range of BBQ, craft beer, street-food delights and that unbeatable Hospitality atmosphere. 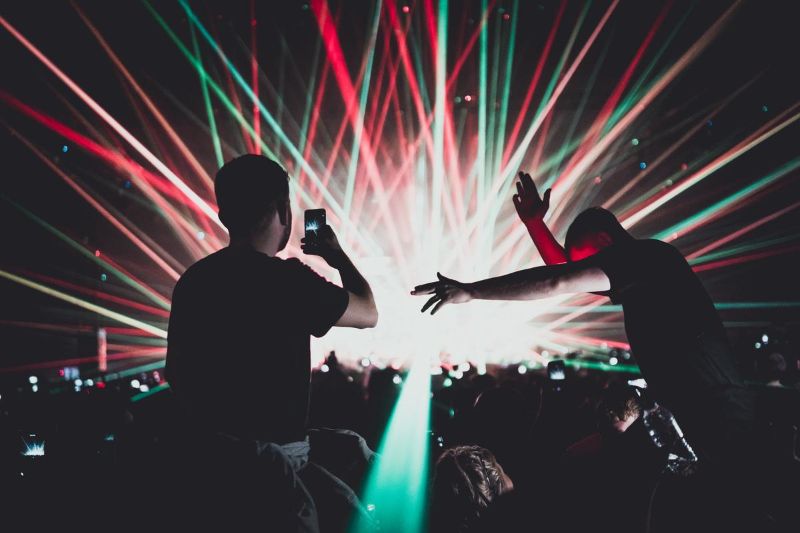 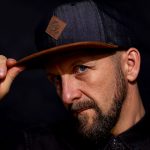 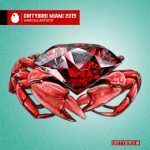