Formed of brothers, Tom and Ian Griffiths, Bristolian duo ICARUS release the deep and personal single ‘Brotherhood’, paying tribute to their relationship as brothers. The pair have been on a journey together, already having contributed to the prestigious BBC Radio 1 ‘Essential Mix’, being awarded four Annie Mac’s ‘Hottest Record In The World’ accolades, the pair recently released their ‘This Must Be The Place’ EP with single ‘Sirens’ claiming yet another ‘Hottest Record’ award.

“With ‘Brotherhood’ we feel like we’re coming into a fresh period of our lives, both creatively and personally. Last year we’d become so wrapped up in our joint career that sometimes we forget to be brothers. Writing this tune feels like a representation of us reconnecting as brothers and really enjoying the musical journey we’re on.” – ICARUS

Finishing their tour with RÜFÜS DU SOL at the end of last year, ICARUS opened for the band on their North American leg before stepping up as main support on their UK dates. Serving as an outlet to channel the energy from the RÜFÜS tour, they penned new track ‘Brotherhood’,  reflecting on their relationship and the feelings of sharing such an adventure. With rolling yet pacey percussion and enchanting synth melodies, emotions run high across the journey of this new single. 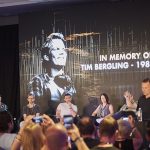 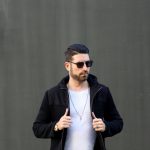