We speak with famed Italian techno tastemakers Supernova. The Lapsus music label bosses are known for their enticing, tantalising energy when it comes to their productions and DJ sets a like. We find out more about their dynamic as a duo, the hardware used during their sets and their relationship with Gene Farris that sparked their latest release…

How are you, what has been good or bad about summer?

We had a very good summer indeed. We have confirmed for the third year our residency at Phi Beach in Sardinia, played for Elrow at Amnesia Ibiza & Barcelona, had our Lapsus Music showcases during the Off week at CDM Beach club, at Tartana (Follonica) in August and played some really great show in the USA as well between LA, Chicago and San Diego.

You have worked together for a long time now, what makes the partnership work?

This year we celebrate 15 years of an amazing work together. We are almost like brothers now respecting each other very much. We share the same passion for the music and club culture, but most of all we are are competing with each other perfectly, this is the secret.

Who does what, can you both do everything or do you have certain skills you like to focus on and bring to the studio?

We both can do everything live and in the studio, but we do always prefer to do not do the same things at the same time. Being two people can be really helpful in our job, specially when you are DJs and producers, but you also run 3 labels like we do. The secret is to split the tasks.

Is your sound defined by any key bits of gear or software or hardware? Do you care about the tools of your trade?

Most of all our sound is defined by our musical background and what we feel and love. Software and gear are important but are only a way to get there where you want to go.

When you DJ, do you go back to back, play one each, half hour each, or is it more fluid?

We definitely do not do a back to back. We have set up a fluid mix between a DJ set and a live performance. It’s basically a DJ set with some live elements on top and both of us can play tracks or play live instruments like drums and percussions, FXs or keys. We play with 2 mixers so that we got 7/8 channels going simultaneously some times. One laptop runs Traktor and the other one Ableton live.

How did you come to work with Gene Farris? Have you met him?

We’ve know Gene for many years as we played with him many times in Chicago and once we played  at his own night Gene Farris & Friends @ Primary. Healready released a couple of remixes on Lapsus Music in the past and we have been talking about this collaboration for a long time. The time has come.

Who wrote the lyrics for his vocal work? Did you brief him on the sort of message?

Gene wrote the lyrics himself, we haven’t suggested him any sort of message. We just sent him the music that was already done. When we work with vocalists we like to leave them express themselves freely at the first stage.Then if we don’t like something, we ask to change of course.

Did you write the music to work with his vocals or vet versa? Was it a track you always knew you wanted him on?

We had this old school bassline idea since a long time and while we were working on the beat and arrangement we felt that a vocal could have been completed it and thought that Gene would have been the perfect fit. We sent the idea to him, he loved it and come back to us with this idea. We liked it and here we are.

Do you think house music should be socially and politically aware? Or is it more about escapism?

Everyone should be always be free to express what he/she feels in any kind of music.

What else have you got coming up/are you working?

We just signed one brand new EP coming up on Mother Recordings November 23rd and another one for Nick Curly & Gorge’s 8bit to be released December 14th. At same time we have a new single on Lasus Music end of October and we are working on a cool track with Mr V.

Ass on the Dancefloor is out now! Buy it here: https://www.beatport.com/track/ass-on-the-dancefloor-feat-gene-farris-original-mix/10884056 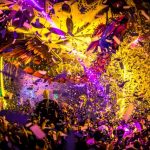 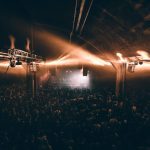