We sat down with Manchester’s Joseph Edmund ahead of his ‘The Pressure’ EP on Jamie Jones’ Hottrax.

Honestly, its been amazing and looking back, I didn’t think I’d get the support I’ve got and also have my music and sound has been received so well by the DJs and ravers!

2. Congratulations on your upcoming Hottrax debut ‘The Pressure’. What’s the story behind the release and how was it working with Jamie Jones?

It’s a cool story actually, there was a Paradise party in Leeds where I bumped into Jamie before his set and I got a photo with him and said one day I’m going to be releasing music on your labels and he said we’ll see about that mate, a year later it happened!

I was sending music to Mark Jenykns for a while until one day he just passed a playlist with my music on without me knowing and on that playlist was ‘Breathe’ which he downloaded. When I saw Jamie downloaded it admittedly, I went mental! Haha! Then a few months later Mark sent another playlist over with a bunch of tracks and in the same week Jey Kurmis also sent a playlist over to him without me knowing! Then fast forward a few weeks and I started seeing videos of Jamie Jones playing my tracks all over! Unreal! Until one day Mark text me saying check your email and Jamie had emailed me…

It was a big wait but so worth it!

Mark Jenykns is a legend!

3. Your debut release came two years ago on Baboon Recordings, what has changed for you in that short time period?

That was when I first started making music and just messing about not really knowing what direction I wanted to go, just really finding my feet learning and I posted some tracks on SoundCloud then they messaged me saying would I like to release with their label…

Since then I’ve learnt so much and I really just kept making music but without following trends or trying to make a sound in particular, just making what I want to hear and what I like! I also bought a Moog and a 303 haha.

4. You’ve been hailed as one to watch by Solardo and Mark Jenykns, how important are these figures in your musical sphere and has this confidence positively impacted your music making?

It is a huge complement from such established DJs and id be lying if it didn’t resonate with me. It reassured me I was on the right path and to be more focused and driven to make music. In doing so I’ve started to make some decent music! Or what id like to think anyway.

5. Your hometown of Manchester has a reputation of being an influential musical hub. How do you view the local scene within the city? And is there anything about it that made you want to get into music?

From a young age I was into electronic music, I would listen to the Ibiza classics but I remember when I first heard Lee Foss and Annabel Englund’s ‘Electricity’ I had it on repeat for days and wanted to know what other tracks are out there like this and so it begun!

I used to go raves every weekend (still do mostly) where id watch DJ’s and that was enough. I loved the music until one of my mates bought a set of decks and that was it! Absolutely obsessed, I was rubbish as well to start haha, everyone else was getting there and I wasn’t. Then I started going to another one of my mates’ houses and practiced most nights for hours on end! Then became the best ? Until finally I thought I want to try make this more than a hobby and to do that in most cases you have to make music.

6. Are there any producers from Manchester that you’d like to shout about as an important figure within the scene? Or are there any that are under the radar who you feel deserve more recognition?

For Manchester figures to look up to, it has to be Solardo. The rate they broke through and where they are now is nothing short of unreal! Smashed it! But with under the radar / breaking through I think Manchester is doing a lot right now, there’s myself, Mason Collective and Reme all making waves and we have our own unique sounds too! There are a few others I rate but they’re already smashing it ‘cough’ (AJ Christou, Mason Maynard) ‘cough’

7. When you’re not in the studio making music, how do you spend your time?

I work full time currently so I make music most nights until the early hours and on weekends but when I’m not producing… I’d be out most likely, annoying my family and friends or taking long walks on the beach…

8. And finally what have you got in store musically for the coming months? Any key releases, gigs or projects you’d like to share?

I have a shed load of unreleased tracks which I’m looking forward to getting out but next I have an ep with Little Helpers which I’m buzzing about! It shows another side to my music.

Then I have a few Eps coming on a certain Manchester Duo’s label which I’m really excited to release! More eps signed and others to confirm in the coming months/ next year also I have some remixes coming out in the next few months

I also have some crazy collaborations coming, one which I still am shook over is with Mark Jenykns! We’ve done three tracks so far and one of those has been snapped up already by an amazing label… I am going back up to Newcastle to do some more in November! I’m really looking forward to releasing these tracks!

Gig wise, YES! I am playing for ABODE at their Halloween party at Studio 338 which I cannot wait for! Its an unreal venue and ABODE is a huge brand so to play for them is a massive honour and achievement for me!

Joseph Edmund ‘The Pressure’ drops on Hottrax on 12th October 2018. 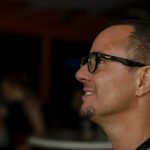 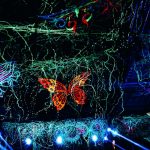