Two meticulously crafted electronic tracks, expertly combining digital production with rich instrumentation and angelic vocal snippets, the record opens with the melodic beauty of ‘Choi Suns’. ‘Traces’ is a more poignant affair, underpinned by glistening production and orchestral energy. The record marks his third release of the new decade following singles ‘Bodies Of Water’ and ‘Keep The Lights Inside The House’.

A classically trained producer, Jude Woodhead’s far-reaching musical influences range from Floating Points to Paul Simon, Jeff Buckley to the Congolese and South African records that his dad has collected over the years. Also making music as Saint Jude, the South Londoner released his self-titled debut EP last year, a triumphant blend of rolling ambient pop music and off-kilter indie tunes in which he drew comparisons to Four Tet and Joy Orbison. 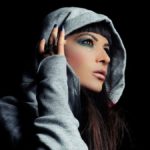 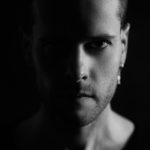