Kamara is a duo based in Holland who have released their techno focused tracks on heavyweight labels such as Tronic, Agile Recordings, Bush Records, BluFin, and Detone. They also run their own club nights called Metamorphosa, and recently have set up a label with the same name as their events.

Hi Kamara, it’s nice to meet you guys. Could you start by talking me through how you guys know each other, and first discovered electronic music?

Hello, it’s nice to meet you too!

We are having this chat today because you have launched a new label called Metamorphosa, can you talk me through the concept behind the label, and what influenced the decision to start your own imprint?

We started the Metamorphosa event concept with our friend Heleen in 2013. We loved the idea of expanding on the concept with our own music label linked to the event, and provide a platform for electronic music that expands on traditional styles, by breaking out of the boxes that define genres. This brand new label is here for established and new talent, with a crossover sound blurring the lines between house, techno, and other electronic music styles. From techno to melodic, from deep to dark, quality electronic music is what drives the label.

It’s called the Dragonfly EP and it consists of two original’s made by us, and a remix from Drumcomplex. We wanted to start the imprint strongly with two tracks which we think fits the label, and introduces listeners to the spectrum of sound we represent. The label will feature our Kamara tracks, but also other artists.

Talking of remixes, as you mentioned Drumcomplex features the rework on the first EP… what made you pick him, and who else is lined up for the following releases?

We love working with Arnd aka Drumcomplex. We worked with him and Roel Salemink a while ago for the “Atamga EP” on Bush Records, as on that EP our Kamara track was remixed by Carl Cox, Roel Salemink, Drumcomplex, and Thomas Angstrom. His high quality techno driven sound is very well suited for the title cut Dragonfly. We have various artists and remixers in mind for the following releases, and we are excited to soon start announcing the labels follow up releases.

You also run a club night called Metamorphosa, so it makes sense to include your label as part of that brand. Who have you booked to play at your events, and do you have any forthcoming parties lined up?

We are currently working on exciting new event editions. Previously we have had music artists from all around the globe, from China to Germany, Sweden to the Netherlands. To name a few: Ava Asante & Gorge, Katya Gabeli, Ramon Tapia, Magnus Wallberg, Jasmine Li, MIIA, Rainbow Gao, Beth Lidl, and Andreas Henneberg.

Next to music artists, we have Live Dance Acts, Live Art and visuals which are a very important part of the parties. For example RANDY (Visuals), Philip de Rooij (Paintings), Fuga figures (Decoration)

What’s your DJ set up, do you guys ever play live at events such as your own?

We’ve played at the Metamorphosa Events using our full live act set up, which features drum machines, Ableton Live, and all kinds of controllers plus some DJ gear. In essence, Kamara is a live act, combining all kinds of equipment to give a unique live performance.

Apart from releasing on your own label you have been quite successful with releases on other labels including Christian Smith’s Tronic and Uto Karem’s Agile Recordings. What other labels have you worked with, and do you have anything new lined up outside of your own imprint?

Thanks. We love working with other labels. During our time making music together we had the pleasure to work with Darren Emerson’s Detone, Hernan Cattaneo’s Sudbeat, Andreas Henneberg’s SNOE, and Andrea Engels’ BluFin plus many others. Currently, we are working on lots of new material to be released outside our own imprint.

Thanks for taking the time to talk with me, is there anything else you would like to mention before we bring this conversation to a close?

We would like to thank you for the interview, and we are looking forward to releasing lots of new exciting electronic music in 2019. It’s #technotime! 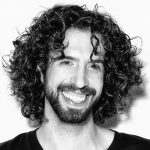 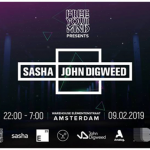