Miss Kittin (Kittin) is regarded one of the industry’s most inspiring DJs, producers and voices. Here she explains why people should be trying to recognise their uniqueness as a strength, rather than trying to fit in.

Kittin, thanks for taking the time to talk to C-U? You’ve always been known as Miss Kittin so what promoted the name change?

Kittin: The term ‘Miss’ was put in front of most female DJs back then by French promoters, to sell tickets I suppose. I never really got rid of it, so I decided now to take my original name back. And I am too old to be a ‘Miss’ anymore. It makes sense.

You’ve worked with Zone label co-owner, ‘The Hacker’ for many years; what has been the glue that’s bonded you both together?

Kittin: At first, well, I was asked to make a track for a compilation and he was the only guy I knew who had gear in town. The rest is history. That ‘glue’ is what we’ve been through together. Imagine 2 small town ravers thrown into the techno madness, on the road alone together in the most crazy circumstances and places. Intense. We discovered the world, and ourselves. We were like some kind of ‘business partners’ that turned into brother and sister. We build memories. Incredible ones. That sealed us forever. I am very proud of that, more than the music we do.

What’s your view on the techno scene in 2018? Did you ever think it would go as big? And where do you think the new hot spots for it are outside of Berlin?

Kittin: I didn’t think of anything, I always lived it day after day. What is really interesting is to see young talents who weren’t there in the 90’s, being inspired by it and reinventing it with their own eyes and technology. And some legends back too. They probably imagine how it was back then and where they can go from here now, I enjoy very much their emancipation from the past, and I am lucky to still be here to see it. Then of course, marketing came into the picture, but it creates a selection: when you are sincere in the process, you attract the right audience on a long term. It’s easy to see who is trying to copy what was done before and who is taking it to another level, who is faithful.

At the moment techno is everywhere, kids want it. I don’t mind, I can do it, I’ve done it before and there’s plenty of excellent techno tracks. But it’s surprising to arrive in a club usually not labelled ‘techno’ where you don’t expect to have to bang. It’s funny. I enjoy it a lot.

It’s hard to pick a particular place, but I would say a city like Tbilissi in Georgia really stands out for techno.

Kittin: I just have USB sticks, because I am hooked on loops… I love making my own edits live by looping parts, sometimes so short it makes a whole new minimal sequence. You can’t do that with vinyls. I don’t use the microphone much anymore for 2 reasons: the tracks I play don’t really allow vocals on top, and the sound systems getting much bigger with techno, the acoustic creates too much feedback for a microphone. The bass.

I still collect and play vinyls, but at home.

The French have always been an innovative force in dance music right from the electroclash scene, to Ed Banger and now even the fresh wave of house acts with Folamour and Kaffe Crème. What good things do you see happening in your country right now and which names should we be checking out?

Kittin: It’s hard to say, as I’ve always been kind of disconnected from my own country. It’s a great luck actually, I could benefit from a much wider perspective, creatively. I don’t play much in France, by choice, to balance gigs everywhere in the world. But the scene is healthy, lots of great clubs and parties, and solid artists like Chloe who is doing well with her more experimental live show, Terrence Fixmer, Maelstrom and Louisahhh, Bambounou, Boston Bun, and of course my Grenoble friends Hacker and Oxia.

Both the industry and the media have united to push for equality and political correctness dance music. Yet there was an example recently where house and garage producer Scott Diaz was told by promoters he was overweight, so his image wasn’t right for the club. Is fattism acceptable in dance music today or should we be trying to tackle this too?

Kittin: Clichés have to be destroyed, and it starts with education. People must ask themselves why are they constantly judging others for their differences, why would they treat someone different from themselves, and what is the harm for someone to be different than yourself?

I am not interested in these differences, as it’s more productive to encourage, in everyone, their uniqueness, as a strength, rather than trying to fit in. Including the culture of being skinny, on a lifetime diet and exercise to fit into expensive designers clothes: it’s just another modern way of slavery, to control people.

So it’s a long road for both sides, from the oppressors to the oppressed.

Out of all your releases so far, what would you say your personal favourite?

Kittin: I am really into new electro releases these days from Quadratschulz, Offest, Ekman, Tin Man, Luxus Varta. A lot of it is on Shipwrec records. Not very playable in a club…

For techno I enjoy Mike Parker a lot.

Although you have a long history with Zone and its family, this is your first release on the label. Can you tell us how it came about?

Kittin: I had this track done a couple of years ago and forgot about it. I found it while opening old folders, and didn’t know what to do with it but thought it wasn’t so bad, so I sent it to Zone, they took it straight away.

I am really not a techno producer, I prefer to do that sort of exercise in collabs. But it’s fun and unexpected to offer that one shot to friends, especially as I would have probably never released anything with them besides work with The Hacker. I didn’t even try to send it to other labels as I thought they would never want it!

Kittin: I am working on a new LP completely electronica to be released later this year. Another reason for this EP on Zone to be special, as it doesn’t announces at all what is to come… 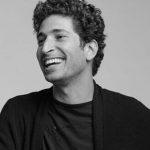