Lateral Cut Groove’s original is tricky to describe, due to its unusual structure. It quickly makes its presence felt, with a subterranean rumble shaking the foundations while a second off-beat bassline provides punctuation and drifting pads add warmth. The track morphs during the middle third, with elegant chimes offset by a twisting, groovier bass part, before the chimes take on a decidedly bluesy quality, the original basslines reemerge, and waves of shimmering synths begin to mount up, giving the track a satisfyingly intense finale. This is a really excellent, unique track from Lateral Cut Groove.

Andrea Cassino is perhaps best known as one half of Cassino and Laben, but he’s been doing some terrific stuff under his own name lately. He’s kept quite a low profile so far this year, though his recent remix with Danny Lloyd on Lowbit was absolutely stunning and so he clearly hasn’t lost his touch. His remix of Lateral Cut Groove is, if anything, even better. The first two minutes work elements from the original over a rolling progressive groove, before the first breakdown unleashes the mesmerising lead synth line that propels the rest of the track forwards and upwards. The main breakdown builds another bridge back to the original, wisely reaching for those lovely chiming melodies, before Cassino steers the remix firmly towards the finishing line. This is a superbly uplifting and exciting piece of work from Andrea Cassino, and leaves me hoping there’s much more to come from him in 2013.

Lateral Cut Groove remixed Stephen J. Kroos’s ‘Amygdala’ on Particles back in April of this year, and so ‘Organised Chaos’ gives Kroos a chance to reinterpret him in turn. Kroos’s version of the track is faster and more techno-flavoured, heavy percussion and a stripped back bass providing the backdrop for the layered stabs that provide the centrepiece of the remix. It fires along well enough, but it’s not really my thing, and sadly there’s not much left of the distinctive ideas of Lateral Cut Groove’s original by the time Kroos is through with them. I have to admit, I much preferred the other two versions.

A fantastic track from Lateral Cut Groove, and an even better remix from Andrea Cassino. What more could you want? 8/10 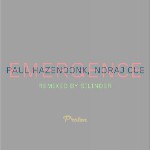 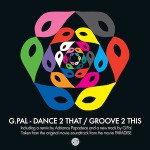