Intec has built a good reputation for supporting some of the best new talent in the scene. Luca De Santo is one of their latest picks, part of the new wave of Scottish producers and supplies our latest mix.

Hi Luca, tells us about you, where you’re based, plus how long you’ve been producing and DJing?

Luca De Santo: I’m 24 years old and I was born and raised in Glasgow, Scotland. I have been DJing for slightly longer than i have been producing. DJing around 4 years and producing for about 3 and a half. Naturally Djing made me want to venture into the world of producing.

What got you hooked?

Luca De Santo: I always remember my first experiences with dance music were listening to Radio 1 and any CD’s I could get my hands on in my parent’s cars when I was only little. I have always loved the energy you get from certain genres. It was always something I would carry with me to school on an ipod or whatever and I would be listening whenever I got the chance. As ive gotten older my taste has expanded and I have certainly found where I belong in the Techno scene. One of the main gigs I attended that got me totally hooked was actually a Carl Cox gig when he played at the infamous Arches in Glasgow back in 2012. I just remember going in through the main doors and standing in line waiting to be searched and just hearing Coxy thumping out his unique groove. Unfortunately the club is now closed but memories of nights in that place will stay with me forever.

What’s the underground scene like where you’re based on how often are you playing?

Luca De Santo: The underground scene in Glasgow is booming. To be fair it was booming years before I was old enough for it. We have loads of promoters and club nights consistently bringing the biggest artists in the world to our home turf. We have SWG3 which is a massive multi room complex where huge events are held with the likes of Adam Beyer, Alan Fitzpatrick, Rodhad and Richie Hawtin to name a few. We also have the famous Sub Club of course which has amazing night’s held very regularly. Even the after party scene is amazing. Me and a friend of mine hold after parties in a nice little venue we have after some of the big events are finished and they are always full to bursting with people who just don’t want to go home. How many times I play varies from month to month. I hold a residency in a little place called Nico’s in the heart of Glasgow. It has become famous for it’s all day parties on bank holiday weekends where we have DJ’s playing for 12 hours straight. I play in there regularly. I am having a quiet January but next month for example I have 2 big gigs. One alongside fellow Scot Harvey Mckay and one alongside Drumcode’s Layton Giordani.

What’s been the biggest gig you’ve ever played to so far?

Luca De Santo: I have 2 hugely memorable gigs that I can name so far. One was playing right before Enrico Sangiuliano in the massive warehouse room of SWG3 to a full home crowd and the second for sure has to be playing in Portugal at last year’s BPM Festival. Being booked to play at the first BPM Festival held in Europe alongside some of the industry’s biggest names was something special for me.

You’ve got a new release out on Carl Cox’s Intec and we recently premiered one of the tracks ‘Requiem’ for you. Did you make this specially for the label and can you talk to us about the inspiration behind the release?

Luca De Santo: Yeah, I’m still totally blown away about this release. Massive thanks for premiering the B side. I always make my music for myself and try to stay true to my sound. I get alot of my inspiration from attending as many events as I can and I am always listening for ideas and new ways to develop my tracks. With this EP I wanted the leading track to be pretty hard hitting but also uplifting enough to keep a room going. The B side I wanted to target a more closing track vibe and create something that would keep people standing until the last seconds of the set. Intec Digital is a label I have always wanted to be on so when I recieved the feedback and word that Carl wanted to sign the EP I was blown away.

What other new stuff can we expect from you soon

Luca De Santo: I have been working really hard in the studio lately and I have loads of new stuff to showcase. One thing I am really excited about is a massive colab with Still Vor Talent family member Transcode. I went to his studio in Manchester and we spent 2 full days laying down a 2 track EP. It was really great to see both of our sounds and styles properly merging together and it all flowed perfectly. Moving further into 2018 myself and my management team will be working very closely with Intec but will be keeping details of future releases quiet for the time being. In the mix below there are some unheard tracks of my own alongside both tracks from the Intec EP and the colab with Transcode I mentioned before. Thanks again! 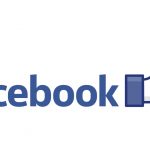 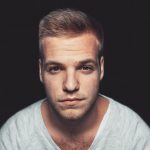