Luca Marchese is one of the many young talents currently emerging from the Italian scene, and he is back on Intec after making his debut on Carl Cox’s label only a couple of months ago.

His new release is a three-track package titled the “Eclipse EP” and we are proud to be premiering “Neptune” which is taken from the release.

Along with previously featuring on Intec, other labels to have released music by Luca Marchese include Respekt, Kraftek, Tronic and Octopus.

Steadily picking up a growing international fan base, the tracks on this release show us why the name Luca Marchese is hot on the lips of many leading DJ’s, and his latest Intec release has already received support from people like Adam Beyer, Alan Fitzpatrick and Nicole Moudaber.

Nice and dark with the kind of kick drum that makes the walls shake, this is a really strong release with a stripped back and underground style we hope you all enjoy.

The release will soon be available from HERE 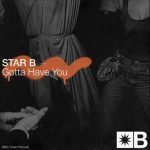 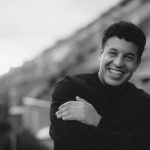