Manu Gonzales was born on the Spanish island of Ibiza and through playing regularly in his local clubs such as Space, Pacha and Privilege has become a global success story.

Not just a DJ, he is a regular studio collaborator with Secondcity, and his solo music has been featured on Natural Rhythm, Isgud Records, Cr2 Records, and Hot Since 82’s label Knee Deep In Sound. He also has just dropped an EP on What Came First which is a new label set up by leading UK venue EGG London.

With a growing reputation and the Ibiza 2017 season only a few months away, we took this opportunity to catch up with Manu Gonzales, and got an insider’s view on Ibiza and how it compares to the UK club scene…

You were born and raised in Ibiza. What age did you get in to DJing and where was your first gig?

Yes I was born and raised in Ibiza with my family. I started DJing in my bedroom when I was 14 and my first official gig was at the Amnesia Bar when I was 16. It was a really amazing experience I was so nervous!

You were lucky enough to bag a job at Ibiza’s much famed Discos Delta record store. How did this job influence your career? And did any of the legends ever stop by whilst you were working there?

Yes I was really lucky to have had the opportunity to work at one of the most famous record stores in the world, and there I learned a lot about all types of music genres.

The four years I was selling records I was surrounded by electronic music 12 hours a day. I remember Loco Dice, Roger Sanchez or other coming to the record store, and for such a young guy it was a big deal.

Juan the owner had all of the shop covered with vinyls signed by Frankie Knuckles and loads of other legends, everyone was always coming to Delta to buy records.

Having made a name for yourself in the Ibiza club scene playing massive venues like Space, Pacha and Privilege, can you play the same kind of sets at clubs in England? And how does the vibe compare?

I’m lucky that I live in a place where the local clubs are considered by many to be the best in the world, and its amazing playing in the local Ibiza clubs, but I also love to play in England.

I’ve played London, Manchester, Leeds, Stoke plus loads of others, and the vibe is amazing!

I really do love playing in the UK, but what can make the vibe a little different compared to Ibiza, is that licencing laws are different, so the hours of clubbing in the UK are a lot earlier than the ones here in Ibiza.

In 2015 you won the “Ibiza DJ” category at the annual DJ Awards, which is a huge achievement. What kind of effect did it have on your career?

That was something really special for me, as I won my first DJ Award when I was just 25 years old, and that’s something I never expected.

The award went to my family and the big team behind me but especially Danny Whittle and Mark Netto. I couldn’t have asked for a better team, and I’m so grateful to everyone who plays my music or comes to see me DJ.

Winning the award certainly gave a really big push internationally, and helped expose me to the UK and international clubbing scene.

Your next release “Ou One EP” is coming out on EGG London’s label What Came First. How did you get on their radar?

I play at EGG London bi-monthly, and I’m honoured to have an exclusive London residency with them, as I love playing at the club!

The venue is amazing and it’s without a doubt one of my fav venues in the world.

Laurence, Hans, Gabri, Kyle and all the team always make me feel like I’m at home. They have always been supporting my music, and when they asked if I could write 3 tracks for their new label I said yes without a moments hesitation 🙂

You’ve done a few collaborations with Secondcity. How did you guys meet, and do you have any new collaborative releases or projects in the pipe line?

Yes we usually do music together, and the releases are working really, really well. We met in Ibiza while we were playing together at the Sankeys Ibiza opening party two years ago. We then decided it would be great to produce some records together… so we did it!

We have 2 big tracks coming out this summer, we can’t announce much yet but we will soon, so please keep your eyes on my social media pages for more info 🙂

Can you tell us what you have lined up gig wise in the coming weeks, and will you be playing much in Ibiza over the summer?

Over the next few months I will be playing in London, South America, Malta, Dubai, Qatar, Bahrain and lots more.

We have a big summer season ahead of us in Ibiza and I’m already booked to play a lot of parties. For me the Ibiza opening parties are the most important of the year, as its when my home town comes to life.

The International Music Summit (IMS) is happening on the 26th of May in Dalt Vila, and I have been asked to play up in the castle as part of a special b2b line up to celebrate the events 10th anniversary.

I’m playing b2b with Lollino, and I’ve put the rest of the line up below, so you can see how much of an honour it is to be a part of…

Tell us your top 5 tracks of the moment?

And finally, a little bit of culture; Ibiza is seen by many as a clubbing destination, but it’s a really beautiful and spiritual island. Can you tell us some amazing spots you know that are off the beaten track?

Ibiza is the best place in the world and not just because I was born here 🙂 There are many incredible places to enjoy on the island outside of the clubbing culture. 3 top places you must visit are…

And a couple of restaurants in Ibiza that our readers should check out?

Thanks for talking to us. 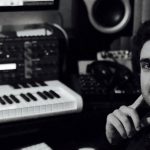 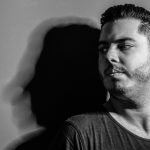