Marbs is already a beloved figure in the dance realm, having built a dedicated community alongside peers Mikey Lion, Lee Reynolds, and Porky through Desert Hearts. A year ago, he and Evan Casey brought a new dimension to the brand via Desert Hearts Black—the melodic, afterhours-inclined counterpart to its father brand that became a standout entity of its own. The onset of COVID-19 has failed to stop the subsidiary’s progress, with Marbs and Evan amassing plenty new diehard fans via their weekly streams on Desert Hearts TV.

Recently, Desert Hearts Black celebrated its first anniversary, and what better way to celebrate than Marbs’ much anticipated ‘Beyond The Wall.’ While Marbs has released on his label in the past, the fact that the EP is his first solo effort on the imprint makes the occasion even more special.

‘Beyond The Wall‘ is Marbs’ persona, in sonic form. Written at the begining of quarantine, the two tracks represent a blend of his past and modern influences, paired with the deep thoughts running through his head during this period of transition. The first manifestation of this is the cerebral “Beyond The Wall,” which opens up the EP with menacing notation, gritty synth layers, and a thick low end. Marbs’ own voice is the source of the title track’s psychedelic nature, with the artists’ words filtered for added effect. Andreas Henneberg provides a remix as well, bringing just a bit more pep to the original with heightened melodies.

Moving into the peaktime, ‘Beyond The Wall’ closes “Something For Nothing”—whose everberating pluck, distorted, high-pitched sound effects, and stark melodies continue the tripped-out theme established at the beginning of the EP while suiting it for the dancefloor. The EP as a whole brings Marbs to a new level sonically, which perfectly captures the energy he hopes to purvey with Desert Hearts Black. 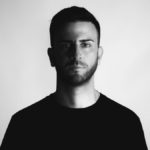 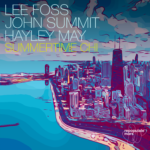