Mode B were a pair of techno producers working out of Ukraine, but after building up a strong reputation over the last few years, they split sometime within the last year citing ‘creative differences’. One half of the duo, Alexander Shtanoprud, has quickly reestablished himself as Mondkrater, offering up some superb music on labels such as Cocaine, CHANGE AUDIO, and his own Ideological Records, which has already become one of my go-to labels after only a few releases. ‘Siebte’ seems to be something of a transitional record, since it’s really a solo release by Alexander, but it was signed to the 2013 Winter Particles compilation under the old name. The latest release from Particles see Alexander give the Mode B alias one final outing, as ‘Siebte’ gets a full package with two brand new remixes from Dutch producers Ferdy and Nick Hogendoorn.

Well, enough backstory – how’s the music? Mode B’s original is spacious, deeply lovely melodic techno. A gentle intro brings in one of the central glassy themes of the track, which is then echoed by other synths as the beat kicks in. Crisp percussion, subtly rising and falling hi-hats, and a gargantuan pulsating bass give the track tremendous drive and texture. The main melody emerges after a few minutes, engaging really well with the chord progression carried by the bassline and with the other musical elements of the track. Fans of melodic techno won’t find a whole lot of new ground broken here, sonically speaking, but its beautifully produced and packed with really rich ideas which work very well together.

Regular readers of RELEASE will know both that I’ve been impressed with Ferdy’s skill as a remixer in the past, and that I’m a sucker for music that manages to drop the tempo without compromising on energy and power. Unsurprisingly then, Ferdy’s remix of ‘Siebte’ really hits the spot. Sitting at a cool 121bpm, he gently works the main theme of the track in early, building his groove around it. It really hits its stride around the 2 minute mark, with a simple bassline and various pulsing synths pushing the track forward, while Mode B’s main theme gradually intensifies and takes centre-stage. A wall of sound rises out of a delicate, dubby breakdown, giving the track a hazy, analogue feel as it picks back up again. Fergy manages to balance the track’s dreamy and edgy qualities exactly right here – in short, it’s pretty perfect.

Nick Hogendoorn offers a more stripped down version of ‘Siebte’, pitching bouncy percussion and punchy bass notes against whispers of the gorgeous melodies from the original. But the main innovation here is the clipped vocal stabs that really dominate the track, and I just haven’t been able to reconcile myself to them – they just didn’t appeal to me at all. There are some nice moments, and Hogendoorn allows some lovely new melodies to creep into the breakdown and interact with Mode B’s main theme. But overall it definitely wasn’t for me. 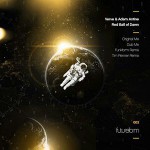 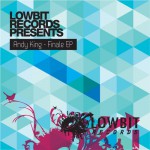