Australian label Mesmeric have had a quiet couple of years of late, but they’re back with something brand new from Columbian Nicolas Agudelo, accompanied by a remix from man of the moment – well, man of all the moments really – King Unique.

‘Solstice’ sits somewhere on the boundary between progressive and a trancier sound, with a familiar off-beat bassline underpinning a really melodic track. Layers of appealing motifs and clever, catchy vocal work complement a simple but effective central hook that really comes to the fore during the breakdown. It’s not really my kind of sound these days, but it’s fun, the melodies are great, and it’s very nicely produced – it’s easy to imagine it being a well-deserved hit with people like Gai Barone, who push that trance/progressive crossover sound. As a bonus, the package also includes an ‘intro’ version from Nicolas Agudelo, which does what it says on the tin.

For those of us who prefer a more underground, techier sound, King Unique’s remix is predictably awesome. Initially driving and percussive, a fluttering melody leads to King Unique’s trippy, bassy, distorted interpretation of Nicolas Agudelo’s main themes, delivering a jaw-dropping moment as the first combined wave of bass and melody hits. There’s another sequence later in the remix that I have to pick out too, which sees King Unique pitching down the track’s vocals, and working them over the ferocious bassline to fantastic effect. The only thing you can predict from a King Unique remix these days is quality and creativity, and this is no exception – fantastic.

It’s great to see Mesmeric back on the scene, and this package looks set to burn up a range of different dancefloors between Nicolas Agudelo’s original and King Unique’s outstanding remix. 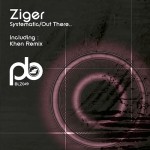 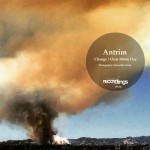