Inspired by cinematic soundscapes and moving melodies, UK based electronic music producer and DJ Oliver Winters is starting to make quite a name for himself.

Hi Oliver, where are you based and how did you first get started in the scene?

Hi, it’s nice to talk with you! I’m based in North Yorkshire, England. I’ve been making music for a long time now, playing numerous instruments, working in studios and honing my skills. I began producing Techno for fun, just for myself. After years of bedroom producing, I wrote a track named ‘In The Flood’ which I shared with a close friend who was already in the music scene. He believed in my music and put me in touch with my current manager, Seb. After a few meetings we struck up a friendship which eventually led to us working together. When I first started I didn’t know anyone in the House and Techno scene, now I have friends all over the world.

I can’t say I have any ‘heroes’ per se, as music strikes me differently each day, depending on my mood and outlook. Lots of artists inspire me across many different genres, so I’ll name just a few! Jon Hopkins, Keith Kenniff, Stephan Bodzin, Brian Eno and Philip Glass.

I’ve always had a passion for melodic music, combined with subtle nuances and field recordings to create a story. I would describe my music as deep, progressive and hypnotic. Often with key elements looped and evolving over time. My only ambition is to create music that moves me and hopefully moves my listeners too, evoking feelings of strong emotion and nostalgia.

Talk to us about your latest release on Timeless Moment that we premiered and the inspiration behind it. Who’s been supporting it and how did you meet Danilo?

The title track was a piece I had written some time ago. I debated whether to release it or not and battled with that decision for a while, until I eventually forgot about it. Months later I was listening through a folder of my unreleased music and rediscovered it. After a period of time without hearing the track, it struck me in a different way and I felt the need to release it. I’m pleased Timeless Moment became a home for Delorous!

Danilo hard been supporting my music since my first release with mau5trap and I’ve also been a follower of his for some time. He reached out to me via email to ask if I was interested in releasing with Timeless Moment, to which I happily said yes!

Thankfully the Delorous EP has had great feedback and support from the likes of Dubfire, Paco Osuna, Fideles, SOEL & more.

I live in the countryside just outside of Leeds, which is a relatively short train journey away. You can find great local and international artists playing at clubs such as MINT club, MINT warehouse, Church Leeds, Canal Mills and Wire.

Most recently Sven Vath and a whole host of artists graced Leeds with Cocoon in the Park on a lovely, sunny summer day in Leeds. Right now I’m taking time off from playing to concentrate on finishing a lot of new music in the studio. However, we are organising new events and you’ll be able to catch me behind the decks very soon.

What are your goals for the future and do you have any other things planned that you want to share?

To continue to write and produce the music that I love and share it with you all. 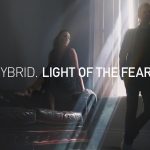 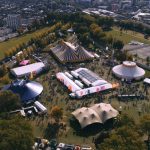