Hey Torsten, what made you decide to release your latest album on Bush Records?

I wanted the album to have a good home. Since artists like Carl Cox or Dave Clarke release on Bush Records, the label already caught my attention a while ago. And I think Bush Records is also a great match soundwise.

Why did you call it Home?

Home comes in diverse dimensions and means something different to everyone. It is not necessarily limited to a geographically defined place. I myself call Techno my home, because nothing else touches and engages me more. That’s what I wanted to express with this album.

You teamed up with Piper Davis, who is known through her collaborations with Stimming and Andhim to create a vocal track for the album

I wanted Piper on my album because of her unique voice, that gave the track its own special touch. Working with Piper was pleasantly easy. Since she lives in Canada we weren’t actually in the studio together, but we sent files back and forth. Other than that I just worked as usual and did what I felt like doing.

What equipment did you use for the album?

I rely on Allen & Heath for my gigs, but for the album I used a Matrixbrute from Arturia, a Moog and a MPC from Akai, among other things.

Since the release you’ve been on album tour constantly.  is there even any time left for working on new projects in the studio?

That’s right, my schedule is pretty busy and I enjoy playing at so many places and clubs, e.g. Lehmann in Stuttgart, Sisyphos in Berlin, and Nordstern in Basle. But I also pull off my work in the studio during the week before I start preparing myself for the weekend again. There are already new projects pending, releases on Neuhain and Koukou Records, and several remix productions. It’s not easy to juggle all these projects all at once, but I won’t complain about these luxury problems. I love being on tour and I’m looking forward to the feedback on my album HOME. 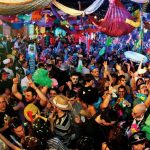 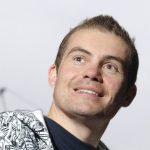