Released on his renowned Lazare Hoche Records imprint, the release will launch on vinyl first (18th February), later enjoying a digital drop (4th March), with a range of dynamic reworks to follow. A slick aural embodiment of Lazare’s deeply visceral signature style, ‘Time Guard’ follows the recent release of his ‘Ibiza Appreciation’ mix, where many vinyl-only tracks appeared on Spotify for the first time.

The drop also follows another summer on the White Isle, where the Frenchman supported Black Coffee during his residency at Hï as part of three-pronged project Mandar. The trio, formed of Lazare, S.A.M and Malin Genie, garnered widespread acclaim during their 6 Balearic dates, with Lazare himself preceding the summer performances with his own solo spectacular at The American Cathedral in his home city of Paris; an event broadcast live on the Cercle stream.

Not only a highly respected DJ and producer, but also the mastermind behind some of the most acclaimed recent underground records, Lazare’s journey has taken the Frenchman via several acclaimed underground vinyl imprints, including Concrete Music and his very own Oscillat Music.

Famed for his slick brand of rolling house, the Time Guard EP sees Hoche deliver a duo of productions packed with his precision, flair, and the infectious energy that has become a staple of his live sets on the international club and festival circuit. Previously performing at the likes of Ushuaïa, Boiler Room, Fabric and Output NYC, Lazare has proven to be a mesmerising performer and certified fan favourite.

Cementing his place as torchbearer for the French House sound worldwide, the 29-year-old’s newest release serves as a showcase to his depth and range as a multi-faceted creative. With 2019 upon us, Lazare is in prime position for another phenomenal year in the scene, with the mesmerising Time Guard EP set to drop (vinyl) on 18th February. 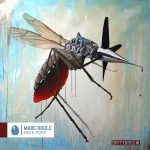 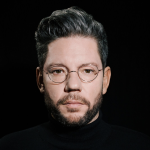