Claude VonStroke and his DIRTYBIRD flock have accepted a new duo into the nest. PEZNT have previously been signed onto the ‘Selects’ arm of the label, but have now received a full-fledged release in the form of their infectious new tune called “Breakfast.” The single has perked ears since spring, when Claude began rinsing it in his sets, and also received a retouch from ghetto house mainstay Jesse Perez.

PEZNT make records that are built for the club, as evidenced by DJs like Claptone, Brian Tappert, Todd Terry, and more constantly charting and supporting their works on the dancefloor. “Breakfast” is no different. The production is quite cheeky, with Born I Music lending his vocals to the grooving tech house cut with silly, double-entendre lyrics that pay homage to various bits of early day cuisine. While “Breakfast” isn’t particularly groundbreaking in construction, it’s well-made and catchy as ever, making for an effective peaktime number that remains stuck in your head for hours afterward.

Order a copy of ‘Breakfast’ here 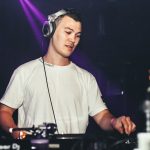 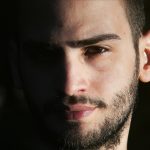