Anjunadeep kick starts a new year with a jaw-dropping release from Leaving Laurel.

Leaving Laurel is a tale are two friends Gordon & Pierce who are connecting musically for the first time after being close friends for almost a decade. Inspired by recording things into an old, thought to be broken, cassette tape player, a new project materialized seemingly out of thin air – something neither of them knew they were looking for.

Leaving Laurel’s ‘Need Little, Want Less’ features harmonies evocative of Kiasmos and Tycho, whilst their production culminates in cinematic soundscapes reminiscent of Jon Hopkins in ‘sometimes it’s scary…but it’s still you and me’.

This EP from Leaving Laurel’s is Anjunadeep’s first release of 2020 landing just ahead of a hotly-anticipated track on Anjunadeep 11, and much more exciting music soon come from the imprint.

We are honoured to premiere “Need Little, Want Less”, which is a deep track with throbbing bass synths, underpinning the eloquent melody of a piano and ethereal atmosphere, to create a stunning piece of music that truly is a work of art. 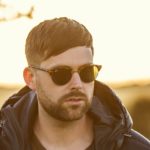 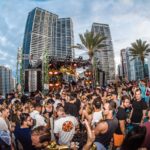