Ramon Tapia’s first EP of 2020 is forthcoming on Suara and it’s his third for the label.

Born the son of a revolutionary Chilean musician, Ramon Tapia has been influenced by music from a young age. Following in his father’s footsteps, in his teenage years, he began producing his own tracks.

Brought up on the music of Michael Jackson, Quincy Jones, Kraftwerk, Front 242, and the early pioneers of Detroit techno. His two older sisters played a key part in his musical formation, sparking his imagination with tales of dance floor exploits after discovering clubbing.

Once bitten by the techno bug, Ramon moved to Belgium where he got a part-time job in a record shop that helped to decide his destiny. After a fruitful period producing much tougher techno, a resurgent Ramon Tapia began to find fame under his new moniker in the late 2000s on labels like Herzblut, Craft and Yellow Tail.

The cream of Holland’s techno scene soon followed suit, with his worked snapped up by 2000 And One’s Remote Area and 100% Pure, Shinedoe’s Intacto and Secret Cinema’s Gem Records and further afield by Germany’s Great Stuff and Tiga’s Turbo.

In recent times he music has been released on the likes of ELEVATE, Drumcode and Terminal M with his new release being another a fine example of the high calibre style of dancefloor focused techno that he has become famous for. 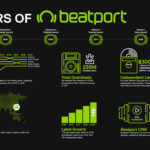