Tenampa is honoured to bring two legends who have been delivering excellence for the last 2 decades: Sasse and Timo Maas.

Previously releasing music on labels such as: Pokerflat & Bedrock, Sasse is also the head honcho of Moodmusic label, which is synonymous of classy house music.
He also takes care of the masterful analogue sounds of: Michael Mayer, Camea and Blondish on his amazing Blackhead Studios in Berlin.

‘Max is Here’ is a melodically driven piece with a cleverly constructed soundscape of leads and arps which filters into sonic range touching into speculative territory.

On the Remix duties is Timo Maas, who has been in the scene since the early days, playing all over the world, and remixing many serious heavyweights like: Moby and Paul McCartney, this last one got him his second Grammy nomination.

Most recently has released music on labels such as: Rejected, Last Night on Earth, and his mixed CD for the Balance Series.

Timo takes matters seriously and delivers a hypnotic and modulating work-out. Using the lead of the original, but spicing things up with a driving acid line, adding more energy and drive. Perfect for late nights and dark rooms.

Closing the package is ‘Jive Talkin’. Once again Sasse displaying his signature style, with rich melodic and rhythmic grooves. Texture atmosphere, and meticulous detail sound. Perfect for Tulum and BPM festivities in January. 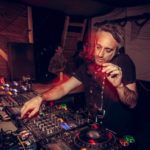 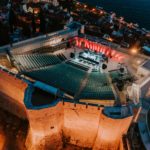